Can we now call Dubai a culture hub? - Gulf Business 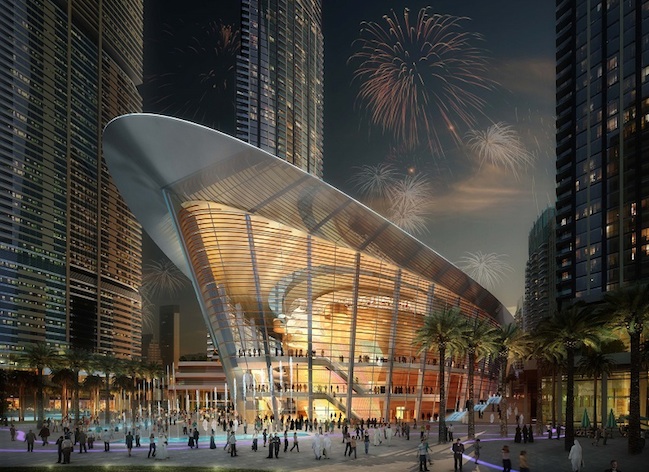 With its bright lights and rising skyline, Dubai has been hailed as a city of the future. A city of finance, of multinationals, of entrepreneurs. A city of business.

But a city of culture? Not so readily. Until now.

With the imminent arrival of Dubai Opera at the end of August, the emirate has finally found its footing as a hotspot for the creative arts.

It represents the next step in Dubai’s plans to become a cultural hub, providing depth to its creative ambitions that extend beyond music and dance to literature, theatre, film, visual arts and more.

As well as the existing Emirates Airline Festival of Literature, Dubai Film Festival, art fairs, independent cinemas and theatres, there are upcoming projects that will add an extra layer.

The Mohammed bin Rashid Library announced earlier this year and the growing presence of the Dubai Design District, for example, bring extra dimensions – and legacies – benefitting potentially millions of people in the years to come.

The emirate’s emergence as a cultural centre is also sure to benefit its neighbours and their assets. The Louvre and Guggenheim Abu Dhabi, Sharjah Biennial, the Qasr Al Hosn Festival and even Qatar Opera House are examples of events and attractions that could garner stronger followings.

But while there are clear social, creative and emotional benefits to a thriving arts and culture scene, there are other reasons to be excited by the prospect of such a rich environment.

Culture, you see, is big business. As a tourist attraction, it is a huge draw and always has been. Throughout history people have travelled across the world to witness, experience or engage with cultural hotspots.

The most-visited art museum in the world – the Palace Museum in Beijing – reportedly receives 14 million visitors a year, while more than 91 million people annually are believed to visit the planet’s most popular tourist attraction – Istanbul’s Grand Bazaar.

Even a fraction of such numbers would translate into impressive revenue, something Dubai and other Gulf cities must be keen to capitalise on.

There are also benefits when it comes to art sales. Encouraging a thriving arts scene will mean more and more people are buying works. From a business angle this is of course a positive thing, but there are knock-on effects that add to the mix.

The momentum of such success will bring more and more artists and subsequently more and more money into the region, generating increasingly impressive turnovers.

In 2015 Dubai Art Week contributed $35m to the economy, according to research by Repucom. The figure represented 60 per cent of local art organisations’ annual sales and goes to show what a concerted focus on the arts scene can do. That money, according to the report, was put into buying art, paying for hotels, dining out, and visiting other attractions, with 51 per cent of the event’s 15,625 attendees coming from outside Dubai.

Just imagine what a greater emphasis on art and culture might be able to do.

It is the success of these events, festivals and venues that encourages Dubai and other cities to do more. And before even opening its doors, the popularity of Dubai Opera adds to the promise of the emirate’s cultural scene. Just three hours after tickets first went on sale, every single seat for the opening night was sold out. Ranging from Dhs 250 ($68) to Dhs 950 ($259) there is clearly an appetite, no matter the cost.

And as Mohamed Alabbar – chairman of the venue’s developer Emaar – pointed out, it is not just about the money. “We are supporting our leadership’s focus on establishing Dubai as a ‘city of happy, creative and empowered people’.”

Such a city and such people thrive on arts and culture. Music, theatre, literature and film have the power to elevate individuals to greater creative and emotional heights, benefiting not only themselves but also their communities.

Dubai has found a missing piece to its puzzle. Its success will surely become a template for its peers across the Gulf.