Can you own a private jet if you care about climate change? - Gulf Business 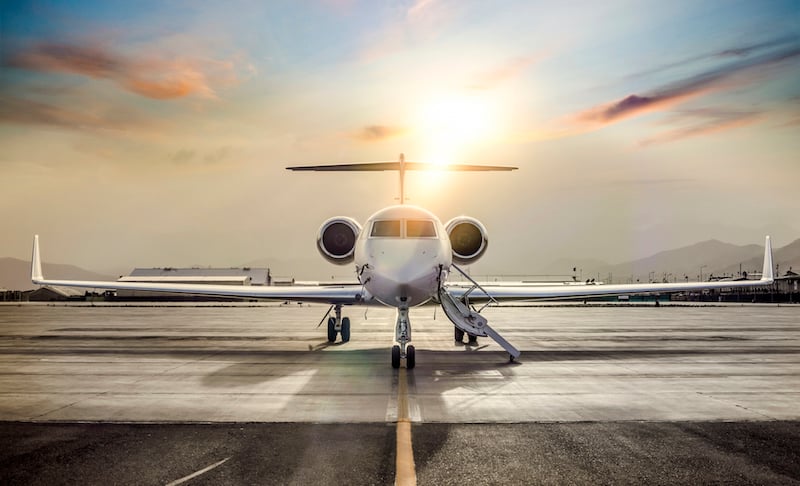 For many people, private jets seem like an extravagance. But for busy executives and celebrities, the time savings, convenience, and extra security they offer make them more of a necessity.

Lately, however, they’ve come with an added cost: eco-guilt. Younger generations are putting pressure on their wealthy parents and grandparents to consider their family’s contribution to global warming, says Darren Kelland, who handles the affairs of ultrahigh-net-worth clients at Hawksford, a financial-services company based on Jersey, one of the UK’s Channel Islands. He recalls that one client’s daughter wouldn’t let her father purchase a private jet without a plan to offset its emissions.

Elite travelers aren’t the only ones feeling guilty. Climate change protest movements such as Extinction Rebellion, as well as growing popular awareness about the environmental impact of fossil fuels, are giving commercial flyers a sense of “flight shame.”

“I can’t think of anybody who doesn’t care about the environment,” says Steve Varsano, founder of Jet Business, a private plane brokerage in London. “People really do want to contribute to the fix.” Customers who come into Varsano’s showroom are now asking about how to offset the planes’ emissions, he says. At the same time, the industry is testing aviation fuels with lower carbon, Varsano says, which could have a positive impact if widely used.

Say you’re a private jet owner and want to lower your carbon footprint. How exactly do you do it? Let’s take a look.

Is flying commercial better for the planet?

The aviation industry as a whole is responsible for about 2 per cent of greenhouse gas emissions, United Nations figures show. Private air travel represents only a sliver of that, but your footprint will be lower if you fly commercial. A private jet emits as much as 20 times more carbon dioxide per passenger mile than a commercial airliner, according to Victor, a private jet charter company. Still, no matter how you fly, you’re contributing to climate change. “The first effort is to reduce emissions as much as possible,” says Sarah Leugers, director of communications at Gold Standard, an independent benchmark for carbon offset projects. “But whatever your footprint is, you should be accountable for that.”

How can I offset my emissions?

If you have the money, the easiest way is to pay for carbon credits. To make sure you’re investing in a project that will truly benefit the planet, look for credits from groups that well-established nongovernmental organisations support. Gold Standard, which NGOs including the WWF created, has issued more than 100 million carbon credits from about 700 projects worldwide. For example, you can offset a tonne of CO2 by donating $18 to a reforestation effort in East Timor or by giving $15 to a programme that provides fuel-efficient stoves for women in North Darfur.

How do I know how much I need to offset?

It depends on factors such as the amount of fuel burned and the altitude reached in flight. “People are put off by the fact they can go to different calculators and get different estimates of what that footprint of their flight would be,” Leugers says. “The reality is there are different levels of calibration.” One “finely calibrated” online calculator for commercial flights is from German nonprofit Atmosfair, she says. The unique details involved with a personal jet trip mean you’ll probably need to call in your own expert.

Can I use biofuel for my jet?

If you can find it. The 15 million litres (almost 4 million gallons) of aviation biofuel produced in 2018 accounted for less than 0.1 per cent of total aviation fuel consumption, says the International Energy Agency. The IEA noted on its website in March that only five airports have regular biofuel distribution — Bergen, Norway; Brisbane, Australia; Los Angeles; Oslo; and Stockholm. Biofuels are also costlier. The aviation industry says this might eventually be resolved with ramped-up production of biofuels from cheap and plentiful feedstocks such as agricultural waste.

Can I just buy an electric private plane?

There are already small two- and four-seater electric planes in the air. Something comfier, in the 50-seat range, might be ready for short-haul flights by 2027, says Bertrand Piccard, co-founder of Solar Impulse, a solar-powered aircraft project. “Sixty-six years after the Wright Brothers, they put people on the moon,” he says. “That shows how fast innovation can go.”