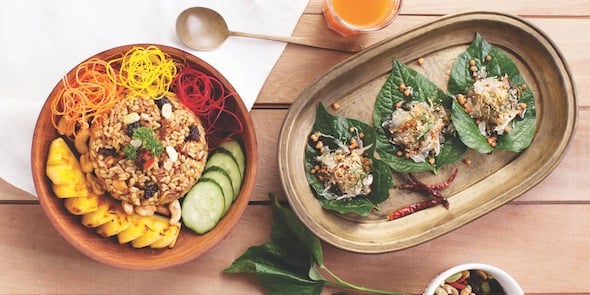 Restaurants in Dubai could soon be forced to show calorie information on their menus under measures designed to reduce obesity levels.

The National reports that authorities are working on a food labelling rule for restaurants that will be rolled out in phases.

“Requiring restaurants to give consumers nutritional and calorie information in a direct and accessible manner will help them make informed and, hopefully, healthy dietary choices,” she said.

Dubai Health Authority and Dubai Municipality are said to be working on the plans, although no timeline was given for their implementation.

Research conducted by insurance provider Zurich International Life in 2015 showed that 60.5 per cent of UAE residents were overweight or obese.

The study found that 47.5 per cent of UAE residents are overweight while another 13 per cent are obese with a BMI of over 30.

Read: Over 60% of UAE residents are overweight or obese – study

Similarly a report in 2014 by medical journal Lancet showed the GCC countries had among the world’s most obese populations.

To date, most of the food outlets in Dubai that show calorie and other information for their meals are focussed on healthy eating.

However, there are some exceptions including fast food chain McDonald’s.