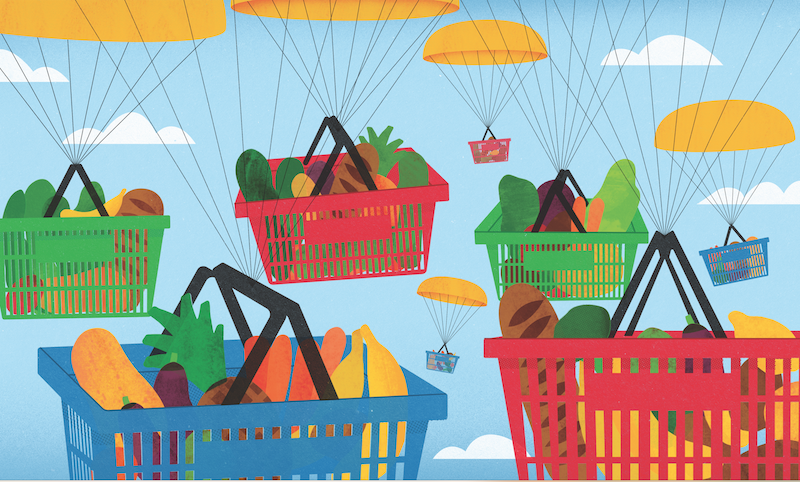 Given the rise of e-commerce in recent years and the growing digital comfort of consumers, online food ordering has understandably taken flight. However, the journey of ordering groceries over the telephone to a smartphone (mobile app) or tablet has arguably entailed many a mile, leaving the online grocery space as the most underpenetrated sector within the larger e-commerce spectrum.

The e-groceries market is worth $200m in the GCC and Egypt, constituting less than 1 per cent of the e-commerce industry. Only 27 per cent of consumers in the Middle East and North Africa (MENA) region are keen to order groceries online, 58 per cent still preferring to buy groceries at physical stores, revealing massive growth prospects that exist regionally, Wamda’s 2019 Online Grocery Retail in MENA report notes.

Food spending is reasonably high in the region; in Egypt and Saudi Arabia, 38 per cent and 24 per cent of household consumption respectively is attributable to food. In the UAE, it accounts for 13 per cent, the Wamda report states.

Strategically, the e-grocery space hosts three different business models: Omni-channel players – offline operators that have branched out by digitising their business models (such as the Lulu webstore); pure play operators – online enabled grocery models that have complete control over logistics and the value chain from the vendor to consumer (such as Trolley.ae, Farmbox); and marketplace players – online models that fulfill grocery orders in partnership with local stores and hypermarkets through a take-rate model (such as El Grocer, InstaShop).

In recent times, businesses in the region have realised the potential of this particular e-commerce segment, and have cottoned onto it, in terms of investment. In 2019, Dubai-based Majid Al Futtaim acquired Wadi.com, the Saudi online grocery delivery platform. Nana Direct, another Saudi online grocery platform serving 13 cities across Saudi Arabia raised $6.6m in funding in 2019. Dubai-based El Grocer garnered $1.9m in equity crowdfunding.

However, as consumer demands and technology scale, e-commerce operators intend to take the online grocery shopping phenomenon a step further; Dubai’s bulk grocery platform BulkWhiz encourages consumers and small businesses to buy groceries in bulk as prices on the portal dip as the user increases the quantity of a product in his cart. Considering artificial intelligence as the saviour to grocery woes, the company – having raised a multi-million-dollar Series A round in Q4 2019 – has deployed this technology to ease out online grocery shopping by learning from consumer behaviour and personalising their experiences.

What comes next?
The UAE’s population of over nine million spends close to $17bn on food annually. Meanwhile, Saudi Arabia’s 33 million consumer base doles out $54bn, while Egypt’s consumers shell out a whopping $56bn on food, according to the Wamda report.

Basket – and pocket sizes – in the region are big, and with technology, food spending, and digital ease percolating further, one can hope that ordering groceries online – similar to ordering dinner – may soon be the new normal.