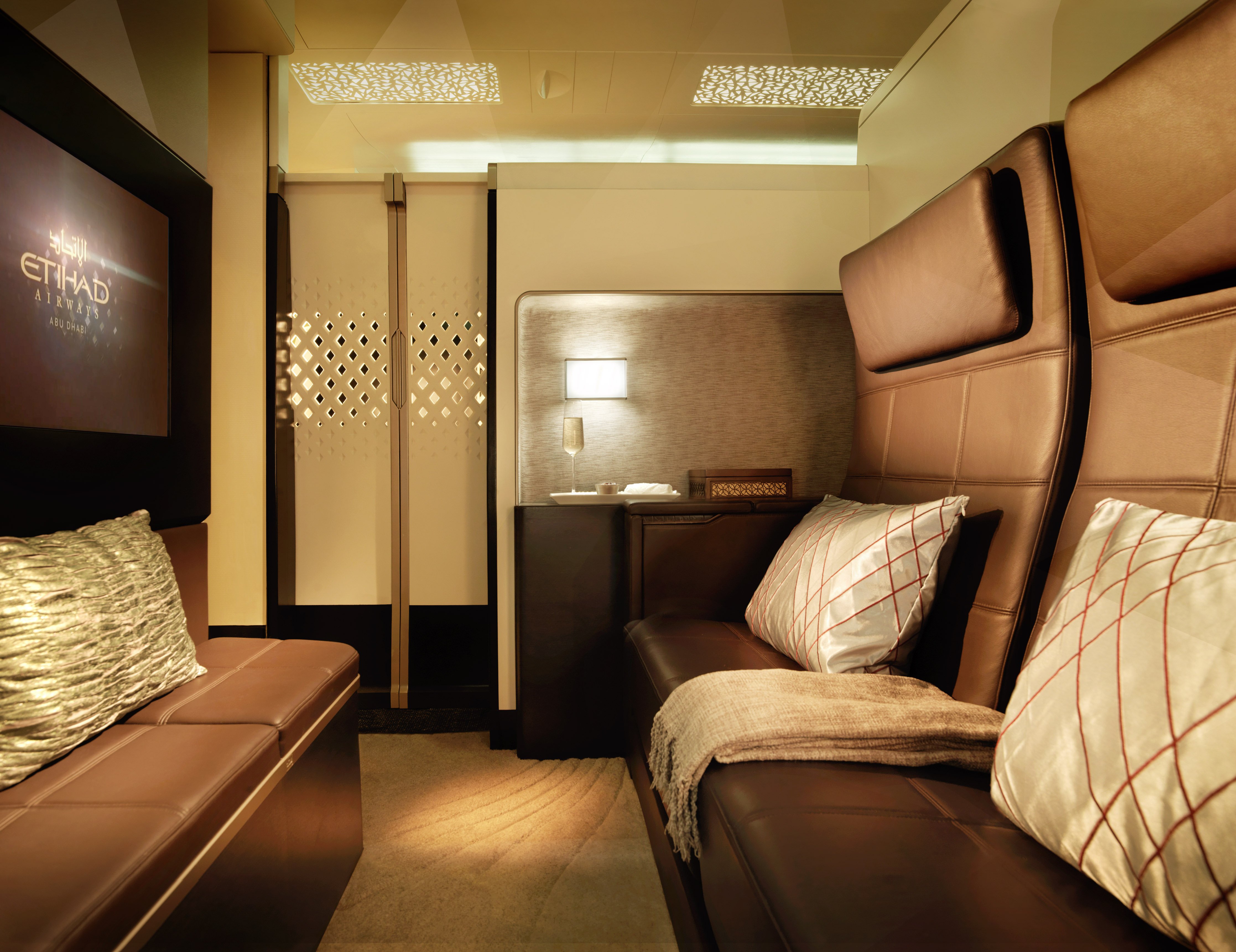 Etihad Airways today outlined how it plans to create a “step change” in long-haul premium travel by unveiling apartments and business studios on its upcoming A380s and B787 Dreamliners.

Nine apartments will be on the double-decker’s upper deck, six of which will have connecting doors for guests travelling together.

These look luxurious enough, but the deck also contains a 125sq ft Residence, which will have a dedicated butler, 32-inch LCD TV, en suite shower and 82-inch bed (complete with 27-inch TV). The top deck will also contain 70 business studios.

Speaking to a packed ballroom at Fairmont Bab Al Bahr Abu Dhabi today, President and CEO James Hogan said it wanted to recreate the luxury, exclusivity and romance that accompanied the early days of travel.

“We have an opportunity to have a step change in the offering,” he said.

Etihad appears intent on pushing its first class into the luxury private jet space, targeting not only high-net-worth individuals in the GCC but also from the neighbouring Subcontinent and globally.

It’s certainly a point of differentiation – at a time when many carriers globally are cutting back on first class altogether – but it remains to be seen whether affluent GCC travellers, many of whom fly by private jet, will take to it. Etihad has 10 A380s currently on its order book.

“Maybe European airlines don’t make money on First (class) but we do, and we wouldn’t have devised this product if we didn’t believe we could make a return,” said Hogan. Residence rates will be around $20,000 one-way to London, based on single or double occupancy.

Today’s presentation, the culmination of five years’ planning, was a dual product launch with details released on the B787 Dreamliners, which alongside its first A380s, will enter service in December. The first A380 will take off to London Heathrow on December 27 and the first Dreamliner destinations will be Dusseldorf, Washington and Mumbai.

The B787s will also have 28 business studios, all offering aisle access and fully flat bed up to 80.5 inches long, and 22-inch wide seat with separate ottoman. “These business studios will better than most European airlines’ first class,” said Hogan.

Economy seats on both new aircraft models will have fixed wing headrests and upholstered in “locally sourced camel leather”.

He added that wifi connectivity will be available on all aircraft next year and is “fundamental” to business travellers.

Cabin mock-ups could beviewed at the Etihad Innovation Center and Training Center, which were also shown to media today.