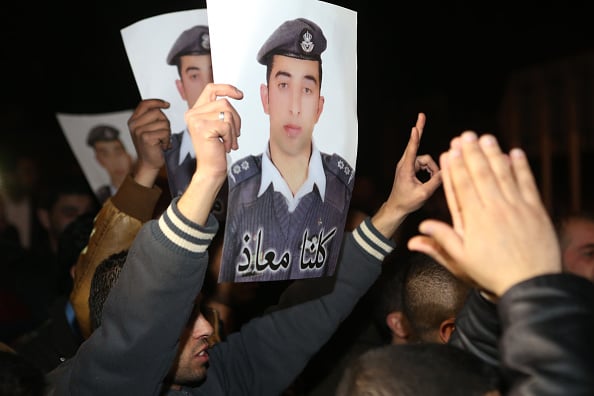 Islamic State’s execution of a captured Jordanian pilot by burning him alive has backfired on the militant group by galvanizing the U.S.-led coalition that is fighting it in Syria and Iraq, a senior U.S. official said on Sunday.

Retired General John Allen, the U.S. special envoy for building a coalition against Islamic State, told ABC’s “This Week” program that the video released last week showing the pilot’s death was “a very important moment for our Arab allies within the coalition” and would create “additional unity.”

Muslim clerics widely condemned the burning to death of the pilot, Mouath al-Kasaesbeh, saying such a form of killing was considered despicable by Islam. Even clerics sympathetic to the jihadist cause said the act of burning a man alive and filming the killing would damage Islamic State.

Allen is in Jordan to meet with King Abdullah and other officials on the fight against the militant group, which has captured large parts of Syria and Iraq.

“They’re not gone yet, but certainly – I mean the sustained air campaign of the last few months has degraded their capabilities on the ground,” he told ABC.

But Arab leaders, attending a security conference in Munich, bemoaned what they called a lack of strategy and weapons in the fight against Islamist militants like Islamic State.

The Republican chairman of the House of Representatives Homeland Security Committee, Michael McCaul, said Islamic State militants pose a growing threat to the United States and the video of the pilot’s death could strengthen recruitment of radicalized Muslims in Western countries.

McCaul told CBS’s “Face the Nation” program that hundreds of Americans were among the estimated 5,000 Islamic State fighters with Western passports, and some had returned.

But Homeland Security Secretary Jeh Johnson told CNN’s “State of the Union” program that law enforcement does a “pretty good job” of tracking people in the United States who have had contact with Islamic State, citing recent arrests of people accused of providing material support to militants or who had attempted to travel to Syria.