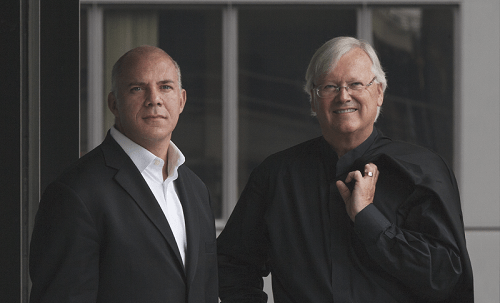 The masterplan for the upcoming Burj2020 commercial district will be revealed during the Cityscape property exhibition in Dubai next week, its developer DMCC has confirmed.

The district will house what is expected to be the world’s tallest commercial tower, Burj2020, which is being designed by famous architects Adrian Smith and Gordon Gill from AS+GG.

Smith and Gill also designed the 1km tall Kingdom Tower in Saudi Arabia, while Smith was the architect for the world’s current tallest tower, Burj Khalifa.

The two will be in Dubai to unveil details of the new project.

“The UAE is charting unprecedented territory in terms of the creativity, originality, and pace of tall and supertall tower design and development,” said Smith.

“Dubai is really at the cutting edge in this space, with the eyes of the world firmly set on what the emirate will come up with next.”

The master planned Burj2020 District will feature seven towers including commercial, retail, hospitality and residential units spread across over one million square meters of built up area.

The overall development will provide benefits such as single ownership, Grade A commercial office space and proximity to metro stations, cargo facilities, ports and airports.

The main central tower, which was named ‘Burj 2020’ in November 2013 following Dubai’s Expo 2020 win, is expected to house a 360-degree observation deck on the topmost floor. Its height is not yet known.

Gill added: “Excellence in tower design is about much more than achieving record heights. The ‘Burj2020’ is the direct result of a considered design process in which form follows performance.

“This means that core concepts such as the efficient use of space, integration of smart technology, community interaction and sustainability drive the design; thereby enabling the final structure to succeed in inspiring people and enabling communities to achieve more.”

The development was first announced in 2013 and DMCC awarded US-based Turner the project management tender for the district in September last year.

“There is a continued surge in demand for prime commercial real estate from new and current members, especially for office space with larger and efficient floor plates.”

The DMCC freezone currently includes 66 mixed-use commercial and residential towers and over 220 retail outlets, with over 8,700 member companies and 85,000 people.