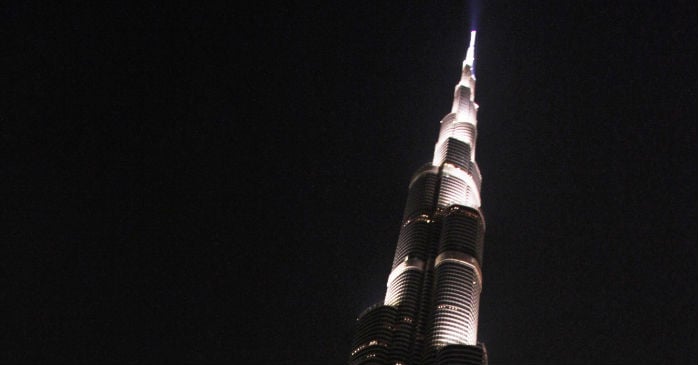 Apartment prices in Burj Khalifa have risen by 25 per cent in 2013, according to estimates by real estate consultancy Cluttons.

The prices of residential units in the world’s tallest tower currently stand at Dhs3, 750 per square feet, up 50 per cent compared to off-plan sale prices in February 2009.

Apartment prices in the Burj Khalifa have risen by 13.6 per cent over the last few years since handing over of units began in January 2010, Cluttons said. The value of residences in the tower reached its peak at Dhs9, 000 per square feet in August 2008 before dipping to a low of Dhs2, 500 per square feet in February 2009.

“Looking back at market data prior to the economic downturn, there have been fluctuations in apartment values at the Burj Khalifa each quarter since its launch,” said Steve Morgan, head of Cluttons Middle East.

“They were up a staggering 44 per cent in the second quarter of 2008. In 2013, prices for apartments in the tower have risen by 25 per cent, which has been supported in part by continued optimism surrounding Dubai’s economic buoyancy and also by on-going growth in investor interest in our city’s real estate market.

Dubai’s property sector has been on a rebound throughout 2013 following a bust in late 2008, which deflated real estate prices in the emirate.

However Dubai’s house prices have surged close to 30 per cent over the past year, outperforming all the major global markets, and have triggered fears of another bust.

In order to stem market speculation and slow down the price rise, Dubai’s real estate authorities have introduced various regulations such as the doubling of property transaction fees and the introduction of mortgage cap on loans.

Dubai’s successful bid for Expo 2020 is also expected to boost the emirate’s real estate sector, according to a CBRE report.

The report has even attributed the rising property prices throughout this year to overwhelming positive sentiments about winning the Expo.