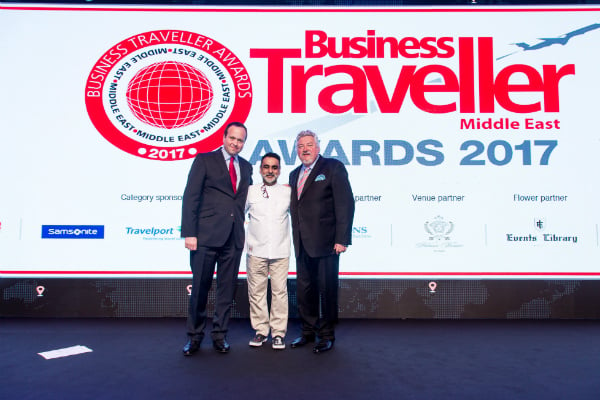 The Middle East’s leading travel operators were recognised for their outstanding service, product offerings and digital expertise in the Business Traveller Middle East Awards 2017, which was held today at the Palazzo Versace Dubai ballroom for the second year running.

Leading Indian chef Vineet Bhatia was the Guest of Honour, a popular choice given his extensive experience working with hotels and airlines. The awards ceremony was hosted by Motivate and the magazine’s joint venture partner, Panacea Publishing.

Ian Fairservice, Motivate Managing Partner and Group Editor, said: “Gulf airlines set the global standards with their superior offerings in the air and on the ground and the message from the hotel sector is consolidation continues to spur competition – which is good news for business travellers.”