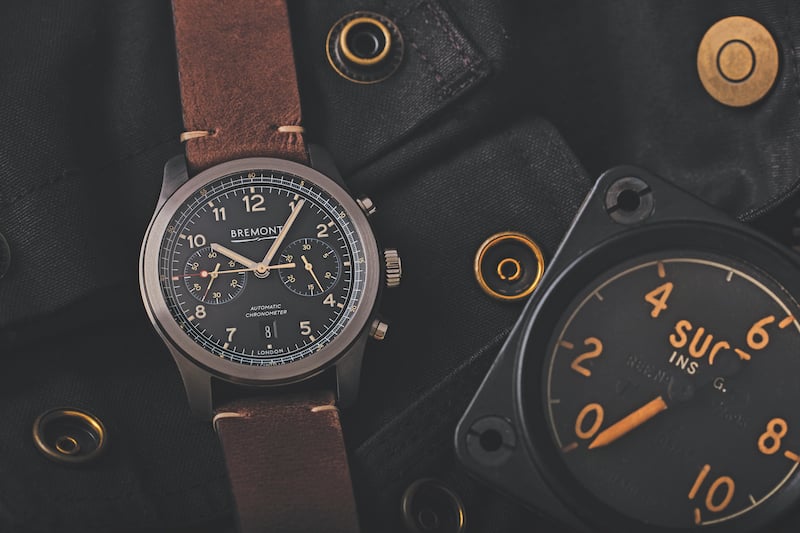 The Swiss, German and Japanese are the usual suspects that you’d turn to when talking about fine watchmaking. But there is a treasure chest of mechanical timepieces from other countries including Finland (Sarpaneva), Russia (Konstantin Chaykin) and The Netherlands (Grönefeld).

And then there’s the British watchmaking scene that includes stalwarts like Roger W Smith and, of course, Bremont.

The Henley-on-Thames headquartered Bremont is a company with a tragic backstory, but one that channeled misfortune into a strength. Back in 1995, one of the company’s co-founders, Nick English was practicing a flying formation with his father in their two-seat airplane. When the engine of the plane in front of them misfired, it forced Nick and his father to take immediate evasive action to prevent a collision. Unfortunately, the father-son duo’s plane crashed, killing Nick’s father while he survived.

That event triggered existential questions for Nick and his brother Giles who decided to abandon their careers in corporate finance and instead dedicate themselves to the world of mechanics. As trained pilots, they had imbued their father’s passion for aviation and the two brothers set up a company restoring historical aircraft.

Eventually, their love for mechanics drew them to mechanical watches and the brothers set up Bremont in 2002.

But before they could begin making watches themselves, they travelled to Switzerland where they learnt and educated themselves about the trade from the Swiss who have had it down to an art form for nearly two centuries.

The ALT1-C chronograph was one of the first watches the brothers designed. This year, they decided to revisit those roots by debuting this ALT1-C Griffon chronograph timepiece.

The Spitfire with Griffon engines was a plane that the brothers’ father – a former RAF pilot – flew several decades ago, and hence a fitting tribute.

The bi-compax chronograph layout on the new model features the 30-minute counter at 3 o’clock and a running seconds at 9. The nickel hands on the dial with custom Super-Luminova is a nod to the kind that was used on military equipment from the Griffon-powered-engine era of fighter jets.

The 43mm stainless steel case features a modified in-house calibre BE-50AE movement that returns 42 hours of power reserve. Bremont watches are known to have a tough-as-nails build quality and this timepiece is no different thanks to the Trip-Tick three-piece case design with a scratch-resistant DLC treated case barrel. The robust construction of Bremont watches is also one of the reasons why it has partnered with the British Ministry of Defence.

A chronometer, the ALT1C-Griffon is also adjusted to 28,800bph and features a Glucydur balance, an Anachron balance spring, and Nivaflex 1 mainspring. Even if you don’t understand the specific functions of each of those components, it’s worth remembering that they combine to create a timepiece that is in fact more accurate than an average chronometer: it is accurate to -4 and +6 seconds a day.

Flip the timepiece over and you’ll be able to see a few of those components through the skeletonised and decorated rotor visible through the crystal caseback.

The ALT1C-Griffon which comes with a three-year warranty is priced at Dhs24,585 for the leather strap variant and Dhs26,790 for the stainless steel bracelet. With either one, you have a hand-made timepiece that reminds us just how refreshing and ingenious British watchmaking is at its core.