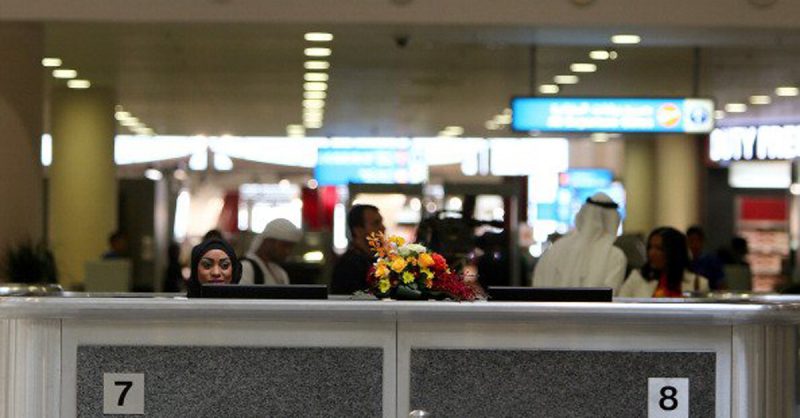 A British tourist has been sentenced to three months in jail and fined Dhs2,000 ($554.5) for verbally abusing airline staff and a police officer at the Dubai airport.

The 37-year-old was found guilty of insulting a policeman and Emirates airline employees after allegedly drinking for four hours before his flight to the UK, The National reported.

The incident took place on July 14, when the tourist was returning back home.

After handing his passport to check-in staff, he complained they were taking too long, the newspaper reported.

He reportedly “threatened” an Emirates employee and used his mobile phone to take videos of the incident.

“I approached him and identified myself only to be insulted too,” the police officer who was called to deal with the matter said.

The Briton also allegedly stepped on the officer’s foot, shoved him and threatened to get him fired.

The man was charged with eight counts, including making threats, assaulting an officer and consuming alcohol.

In court last month he admitted drinking but denied the other charges, The National stated.

“I was drunk at the time and I can’t remember any of what happened,” he said.

The man will be deported after serving his prison sentence.

The UAE has very strict laws when it comes to