British tourist in Dubai is 'out of work' and 'can't afford' Dhs170,000 Lamborghini fines - Gulf Business 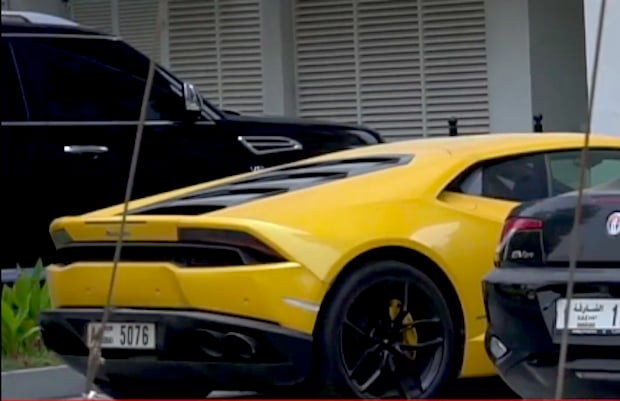 The British tourist who is currently facing traffic fines of Dhs170,000 for overspeeding in a rented Lamborghini car in Dubai, is currently out of work, his brother has said.

“There is no way he has that money. He is out of work at the minute and went to Dubai to visit friends,” Adnan Hashi told The Sun.

“He was supposed to be there for five days and fly back last week but now he is stuck in his hotel room, he’s had to extend his stay and we have no idea how he will get home.”

Farah Hashi was caught overspeeding in the car by 33 radars on Sheikh Zayed Road early morning on July 31, a day after renting the Lamborghini Huracan.

The rental company, Saeed Ali Rent a Car, has confirmed that the fines have not been paid by him, with the Dhs1.3m Canary yellow supercar still parked outside the tourist’s hotel in Dubai – the Five Palm Jumeirah Hotel and Resort.

Faris Iqbal, owner of the car rental agency, told MailOnline that he has already started civil proceedings against Hashi that will prevent him from leaving Dubai.

“I have spent the day in court and have started civil proceedings to recover the money that is owed by the speeding,” he said.

“It is our car, but we are not responsible for the fines that have accumulated. We have tried talking with Hashi but he has not responded. The matter is now with the courts. I do not understand why he would do this.

“I still have his passport so he will not be leaving,” he added.

According to Dubai police, it is the car that receives the fine, rather than the driver.