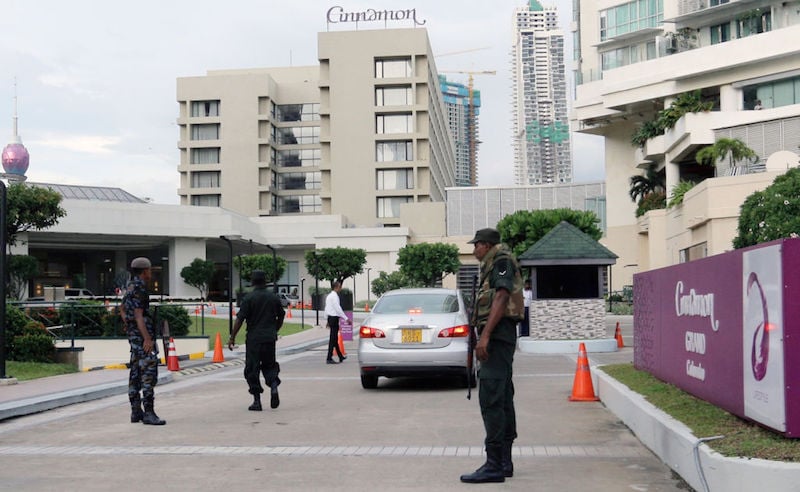 A British national who was living and working in Dubai has been killed in the Sri Lanka attacks, her family has confirmed, while her colleague remains missing.

Lorraine Campbell, 55, and her colleague Juno Srivastava, 42, both working with Al Futtaim Group, were staying at the Cinnamon Grand Hotel in Colombo – one of the three hotels which was bombed on Sunday.

They were last seen having breakfast at the hotel, close to where the blast occurred.

“It is with great sadness that the family of Lorraine Campbell wish to inform that she was involved in the bombing of the Cinnamon Grand Hotel, Colombo, Sri Lanka, and sadly lost her life,” a statement from her family said.

“Lorraine, known to most people as Loz, was a woman who embraced life to the full and meant so much to so many people, and there will forever be an enormous void that will never now be filled.

“Loz was a wife, mother, sister and aunt, and a close friend to so many people, having risen through the ranks of the IT world, working in cities in the UK and abroad.”

Her husband, Neil Evans, praised her as being a “real tour de force”.

“She epitomised the qualities she lived by, and was a conduit for bringing people together to both make things happen, and make them better,” he said.

“I’ve lost my best friend in the world for all the adventures we shared and planned for the future,” he added.

The death toll from the attacks – which targeted churches and hotels in the country – has now risen to 359, with hundreds injured. Victims are still being identified.

Another Dubai-based expatriate, P.S Razeena, 60, also died in the attacks. She was at the Shangri-La hotel when the bombing took place.

Officials have arrested around 60 people as part of their investigation, and said there were nine suicide bombers.

ISIL has claimed the attacks, while the Sri Lankan government has implicated the National Tawheed Jamath (NTJ) group for the attacks.