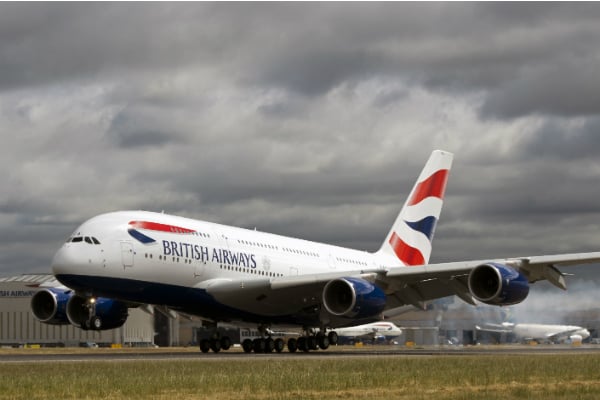 British Airways (BA) is reportedly planning to fly an Airbus A380 on its London to Dubai route next year.

Business Traveller reports that the introduction of the superjumbo will coincide with maintenance on Dubai International’s Airport’s southern runway taking place between April 16 and May 30 next year.

Capacity at the airport could drop as much as 43 per cent during the period, which has been timed to coincide with one of the slowest periods for travel.

British Airways’ A380 service will run daily from April 16 from May 4, according to the publication.

Low cost carrier Flydubai said last week it would be moving flights to 39 destinations to Dubai World Central during the maintenance period, while Emirates has indicated it has similar plans.

Read: Flydubai to operate some flights from DWC during airport refurbishment

Virgin Atlantic said over the summer it would be ending its London-Dubai route, leaving British Airways and Emirates as the main competitors for passenger traffic.