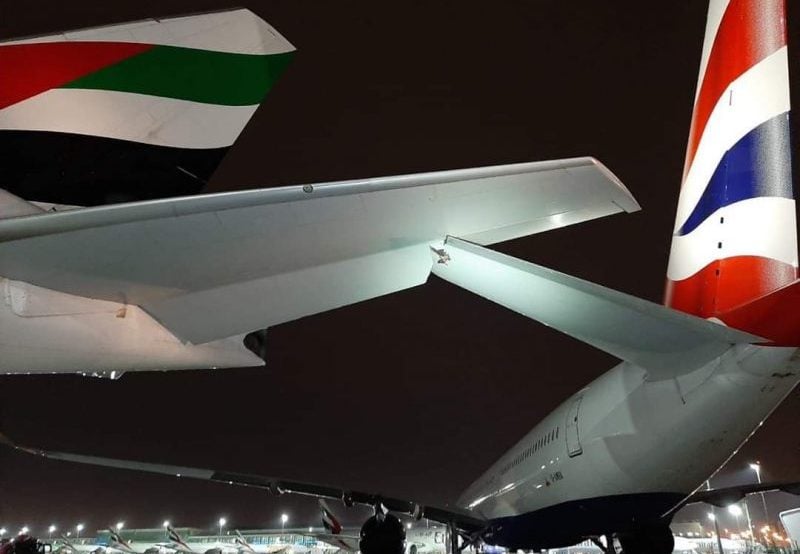 A British Airways A350 jet had a minor collision with a stationary Emirates Boeing 777 plane at Dubai International Airport on Tuesday morning.

There were no injuries.

“We can confirm that early this morning (April 14), another airline’s aircraft made contact with a stationary Emirates aircraft at Dubai International airport. No one was injured. The incident is under investigation,” Emirates said in a statement.

According to international media reports, the British Airways flight – carrying only cargo – was set to operate to London Heathrow when the incident took place. It was later cancelled.

British Airways A350K (G-XWBA) and Emirates B773 (A6-EBR) both got stabilizer damage in a ground collision while A350 was pushed-back at Dubai-Intl AP (OMDB). The return flight #BA106 to London was canceled. @airline_kitty https://t.co/W1N9UWHbNp pic.twitter.com/9alSzUP4cB