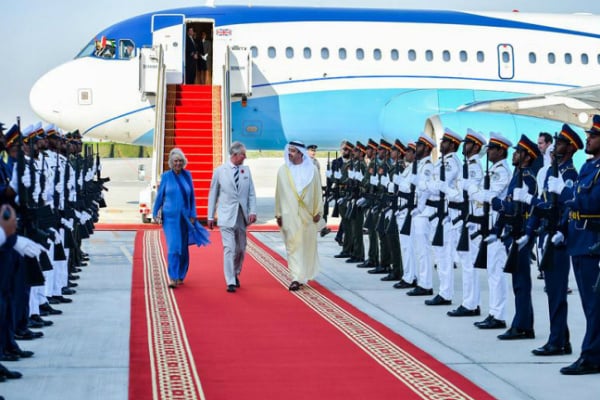 Heir to the British throne, Charles Prince of Wales, and his wife Camilla Duchess of Cornwall arrived in the UAE yesterday as part of a Gulf tour.

They then embarked on a tour of Abu Dhabi’s Sheikh Zayed Grand Mosque, where Prince Charles spoke with Bishop Paul Hinder of one of the capital’s two Catholic churches.

There was also a reception to meet guests of different faiths and nationalities. 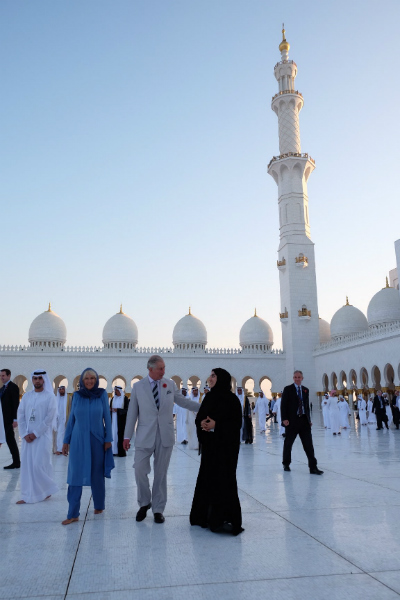 When Charles last visited Abu Dhabi the mosque was still under construction.

The royal visit is part of a three-nation tour that began in Oman over the weekend, it will conclude in Bahrain. 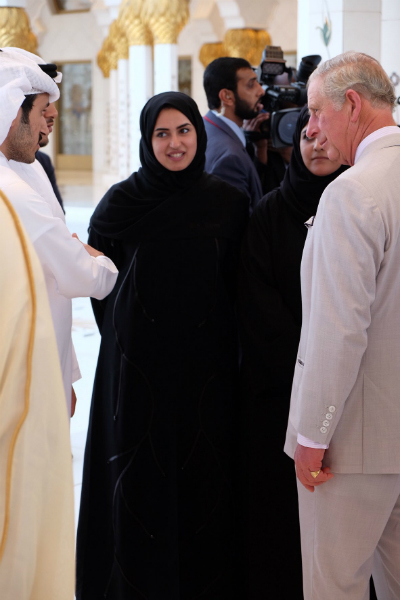 During their stay in Abu Dhabi, Charles ad Camilla will visit the Bu Tinah archipelago sanctuary for endangered species such as the dugong and hawksbill turtle. 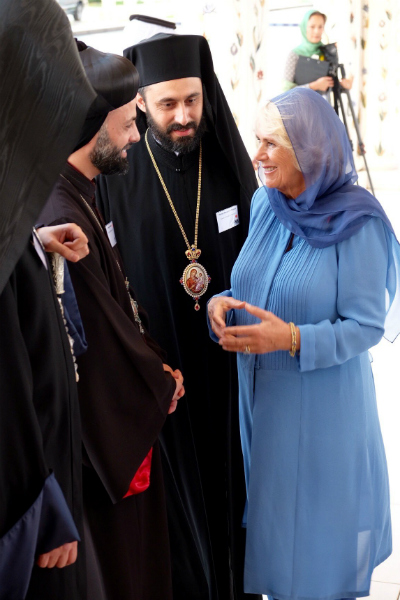 A celebration at Jahili Fort in Al Ain and a Youth Circle event in Masdar City are also on the agenda.