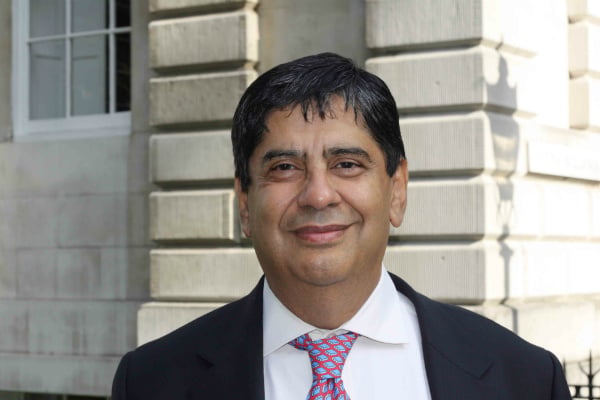 The United Kingdom’s decision to leave the European Union has prompted jubilant celebrations among Eurosceptic commentators around the continent and sent shockwaves through the global economy. After the declaration of the result, the pound fell to its lowest level since 1985 and David Cameron resigned as Prime Minister of the United Kingdom.

The next steps for the coming decades will have to be decided upon in a time-constrained and intensive period of just two years. Much hangs in the balance of the type of trade agreement decided between the EU and the UK, as well as the UK’s policy responses when dealing with the rest of the world. Regardless of the trade agreement decided upon, it will have a long-term impact on the UK and EU economies for years to come.

The UK is home to the largest financial centre in Europe. The City of London is well known in the EU and has attracted innumerable global banks and financial institutions. Brexit would inevitably impact the financial services industry – the extent of these consequences will depend on the arrangements agreed upon during the transition period and the specifics of any trade pacts between Britain and the EU.

The ‘Vote Leave’ rhetoric continues to state that EU membership is a threat to London’s affluence. But the idea that London would flourish post-Brexit goes against the many warnings from international investors and the Bank of England. Many financial establishments have warned that Brexit would drain London of its wealth, topple the value of the pound, undermine the world’s fifth-largest economy and push traders to move their businesses to other financial centres in Europe.

Membership of the EU provides British businesses with immediate and much needed access to the single market. Brexit could potentially increase UK-EU trade costs and will also necessarily exclude the UK from existing agreements that the EU negotiated with other trading partners.

This is also true of the UK’s relationship with the United Arab Emirates, a state which Britain certainly recognises a key partner in the Middle East and a gateway to the region. Thousands of UK businesses operate in the UAE and Britain already exports billions of pounds worth of goods to the emirates.

London has been a favoured destination for investment from all around the world. While half of those investments in the UK come from the EU, a significant portion is derived from China, the United States and the Middle East. This is thanks, in great part, to the high quality of London’s financial services sector and related professional services industries, including the calibre of lawyers in the city.

Naturally, given the global nature of London’s market, a great many of these professionals in the banking, tax and legal sectors also possess specialist knowledge of the nuances of Islamic financing.
Many London lawyers also choose to relocate for a period of time to either Dubai or Abu Dhabi, where dozens of leading international law firms maintain their Middle Eastern and African hubs. Moreover, notwithstanding present events surrounding Brexit and leadership contests in the UK’s major parties, Britain is one of the world’s most politically stable countries with a strong foundation in its court and legislative systems.

One position which those in favour of Brexit have trumpeted is that leaving the EU would allow the UK to regain its sovereignty and focus on its own domestic troubles, which they argue could help ease associated issues with immigration and save money. But my concern is that the long-term results of the exit will outweigh many of the problems that come with membership. Migrants, including those from the Middle East, with interests in the UK are rightly worried that their business may suffer if the government decides to cut more services.

The most important effect of the Brexit vote might well be the tragedy of Scotland organising a second referendum for independence. The Scottish government has already threatened to offer independence through a new referendum because Scotland wants to stay in the European Union. Fortunately, the new Prime Minister Theresa May in her inaugural speech has made a strong commitment to maintain the union.

The British Middle East population may not directly face the economic impact of leaving the EU anytime soon, but seeing the pound drop as badly as it has done does not encourage hope. Many run family-owned businesses and export goods to the EU. The last thing they need is customers from the continent cancelling orders that they desperately need.

More than GBP 650m of commercial property deals in the London have collapsed following the UK’s vote to leave the EU. The majority of Middle Eastern property investors based inside the bloc preferred the UK to remain a part of it. Half of investors have also expressed their opinion that Britain’s decision to leave will have a negative impact on their investment strategies. As a result, real estate companies will also need to recalibrate their positions, given the potential knock-on effects to property prices in London. Property has long been a favoured asset of wealthy and internationally minded investors and a drop in property prices will certainly hit home soon. That said, new and more attractive chances to invest in the property market in London are also likely to arise, as developers look to move their products.

Considering what benefits there are, things have worked out well in the short-term for investors from inside the Middle East. As most Middle Eastern currencies are pegged to the US dollar, due to the US being the world’s largest oil importer, the dwindling euro and pound has shaped beneficial investment opportunities for those investing with the greenback. A cheaper pound, in that case, presents chances for Middle Eastern corporations to acquire interests in UK businesses at more affordable rates. Looking ahead, it is likely that the pound will continue to perform poorly for as long as the future relationship between Britain and the EU remains contentious.

However, surely the majority of Middle Eastern business leaders would have preferred for the UK to have stayed in the union and then renegotiated its position. The official consensus of the economic costs of Brexit has crossed the line into groupthink. A numerical impression is camouflaged as a ‘fact’. And when those in authority twist facts, they also sabotage the pillars of democracy.

Sarosh Zaiwalla is founder and senior partner at Zaiwalla & Co.