by Bianca Bax and Sara Minelli 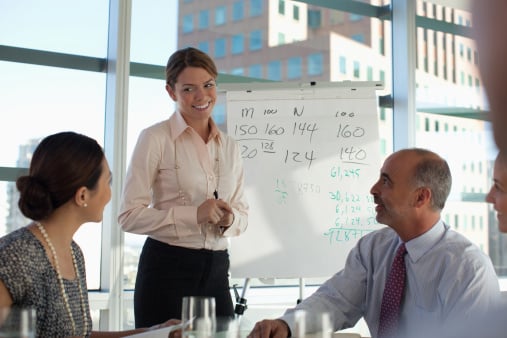 As companies grapple with current talent shortages, women can be a key part of the solution. Despite different starting points and cultural contexts, every country has an opportunity to bring more women into the workforce, in order to meet talent needs and advance women’s empowerment. Understanding the differences – and similarities – between women and men at work is critical for addressing gender parity and winning the war for talent.

In our research on inclusion, we found that men and women feel equally included – and excluded – at work. And yet, women and men continue to have different outcomes and experiences in the workplace.

Gender biases continue to govern occupation choice: While occupations have become more balanced in the last 30 years, women remain underrepresented in much higher-paying management and technical occupations, especially the jobs that are seeing heavy demand today.

From an early age, children learn to follow gender expectations in play and career ambitions, based on the idea that girls and boys have different capabilities. Even though women have closed the college education gap in most countries, graduates of technical fields are mostly men.

At work, women prioritise flexibility more than men: The deeply rooted expectation that men work, and women take care of home duties continue to restrict women (and men). Moving to a flexible role can be a catch-22. Flexible work arrangements, like part-time work, can keep women in the workforce, but at a steep wage and career advancement cost.

What’s more, many women who continue to work full-time may steer away from “high-intensity” jobs, as they perceive them to be more unpredictable. Women are also more likely to take extended leaves. More than 30 per cent of women who reduced hours or took an extended leave say it hurt their career, compared with fewer than 20 per cent of men.

Bias continues to perpetuate differential treatment for women: Many workplace behaviours and structures are rooted in conscious and unconscious bias, with systems that were designed with the majority (men) in mind. This leads to differential treatment for women. While women often receive mentorship, or are shown what to do, many lack sponsorship – they are not championed for their contributions, as male leaders at the top are more likely to sponsor men.

Systems for promotion can also result in biased outcomes when leaders assess subjective promotion criteria, such as “leadership potential,” in a way that favours men. Women are also asked to do (and accept) more administrative work and emotional labour that generally isn’t compensated.

Leading firms will proactively address the gender imbalances that hold women (and men) back, with senior leaders championing the efforts, through the following five imperatives.

Be wary of averages: Treating women, men, or any group as a single block obscures the varied needs of individual workers. Recognising that multiple factors make up someone’s lived experience can help firms move beyond averages.

To attract and retain the best workers, while also ensuring that the right people are in the right jobs, leading firms are adopting a more tailored approach. For some workers, that will mean ensuring that their work is aligned with their passion. For others, that may mean offering flexibility paired with career progression.

Diverse role models play an important role in career aspiration. And seeing leaders who challenge traditional gender norms, such as men who have taken extended leaves for family care, can help mitigate bias. Seeing leaders with similar backgrounds can also improve aspiration and retention, but sponsors need not come from the same background.

Bias mitigation efforts in recruiting and promotion are also crucial. These can include redacting information from résumés during the review process and requiring bias trainings for interviewers, managers, and promotion reviewers.

Instill inclusive practices as an antidote to gender imbalance: We define inclusion as the feeling of belonging in one’s organisation and team, being treated with dignity as an individual, and being encouraged to fully participate and bring one’s authentic self to work every day. Bain research shows that fewer than 30 per cent of women and men feel fully included at work, so there is plenty of opportunity for improvement.

Inclusion is necessary to maximise retention, performance, and innovation. We believe that there are three highly critical steps to boost inclusion for all: promote growth through professional development, coaching, and partnership; facilitate connection with affinity groups and networks of allies; and signal commitment with diversity, equity, and inclusion ambitions.

Champion flexible workers and eliminate barriers to their success: For workers who need or want flexibility, part-time or remote work can keep them in the workforce. But these arrangements often come with career deceleration and steep pay penalties. While more women are in part-time and flexible work arrangements today, men are increasingly prioritising flexibility, too.

Part-time and remote workers often experience bias, including in promotion. Remote workers are less likely to be promoted despite similar or greater productivity. Many of the same bias mitigation tactics for gender bias will also help workers who prioritise flexibility. Beyond bias trainings and eliminating ambiguous success criteria, leading companies will create opportunities for remote or flexible workers to have dedicated in-person time with their managers and firm leaders.

Unlock new talent pools through reskilling and returners programmes: Women are more likely than men to off-ramp and take an extended leave mid-career, often due to family obligations. And while roughly 90 per cent of women want to return, only 40 per cent actually do. Nearly three-quarters of women trying to return to work after voluntary leave have trouble finding a job.

Workers who have taken extended leaves represent a promising talent pool but may need to learn new hard or soft skills to re-enter the workforce. Returners programmes that offer training for in-demand digital skills can also improve the gender balance in higher-growth occupations. In addition, reskilling or upskilling current workers can improve retention and develop a pipeline of diverse talent into management positions.

Addressing gender bias is a multiyear journey without a finite destination. But it is critical for ensuring that women at work reach their full potential. In the race for talent, companies cannot afford to leave half their potential talent behind.