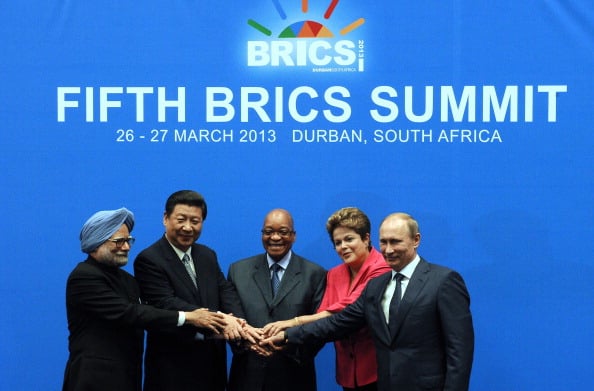 Which investment takes your fancy: BRIC, MINT or CIVETS? For many fund managers seeking the next big thing in emerging markets, the answer is none.

Acronym investment – putting money into small groupings of markets which often have little in common beyond a broad economic concept – is giving way to acronym anxiety.

Former Goldman Sachs economist Jim O’Neill set the ball rolling in 2001 when he created the BRIC family of Brazil, Russia, India and China.

Many of these countries and others lumped together under separate acronyms have, at least until recently, enjoyed turbo-charged economic growth. But investment gains are not guaranteed and underperforming local stock markets have led fund managers to flee what had been fashionable groupings.

Goldman Sachs’s own BRIC fund has lost 20 per cent in value over the past three years.

Undaunted, O’Neill has coined a new acronym. In a series on BBC radio this month, he championed the MINT group – Mexico, Indonesia, Nigeria, Turkey – as the next giants after the BRICs. O’Neill stresses that MINT – like BRIC before – is an economic, not an investment, concept and his programmes explored each country’s problems as well as its potential.

Nevertheless, the appeal of acronym investment is fading. Fund managers say such groupings do not take into account different stages of development of the countries involved and risk sidelining other promising markets. The groupings have also frequently suffered from disappointing performances of their listed companies, the main target of foreign investors.

O’Neill’s timing is not ideal. Turkey has been rocked by an investigation into alleged corruption following street protests last summer, while Nigerian politics are in turmoil before elections next year.

Indonesia, along with other emerging economies which are running large current account deficits, is experiencing a flight of investors.

“Mexico, Indonesia, Nigeria and Turkey are all very interesting countries but not much connected beyond the excuse for having an acronym,” said Richard Titherington, chief investment officer of emerging equities at JP Morgan Asset Management. Titherington prefers groupings by concepts such as markets where companies offer the highest dividend yields.

Investors in the BRIC countries have already found out the hard way that economic growth may not convert into stock market gains, and some analysts blame problems with corporate governance in markets such as Russia and China.

BRIC markets have underperformed the broader MSCI index of emerging stocks in dollar terms in the past three years, with emerging markets in turn lagging developed markets.

Both the BRIC and MINT groupings focus on demographics – countries which are going to grow rapidly by the middle of the century, due to their young populations.

This is an attraction of frontier economies – those which are at an earlier stage of development than established emerging markets. One such is Nigeria, whose stock market has been an extreme outperformer, doubling in value last year.

Instead, investors should look at countries with weaker corporate regulation and where relatively low levels of goods and services are available, offering potential for growth.

These factors should produce the best returns on company earnings. “Demographics are definitely one of the (investment) criteria, the others are also criteria,” Brudenell said. “We would not necessarily decide MINT are interesting countries to invest in, there are lots of other ones.”

Nigeria is at an earlier stage in the development cycle than the others. According to IMF estimates, its per capita gross domestic product (GDP) was about $2,800 last year measured by purchasing power parity. That compares with around $5,000 for Indonesia and more than $15,000 for Mexico and Turkey.

Turkey is the country most out of kilter in stock performance terms. It has been hit by weakness of its currency as foreign investors pulled out before the U.S. Federal Reserve begins scaling back its bond-buying this month, a programme that had depressed yields in U.S. markets and encouraged investors to seek higher returns in riskier assets.

The Turkish stock market has underperformed even the BRICs in dollar terms in the last three years. The corruption inquiry, which led to the resignations of government ministers, aggravated the problem.

As with Turkey, investors are wary of political risk in Nigeria before the next year’s elections and amid uncertainty over whether President Goodluck Jonathan will run.

Whatever their differences or similarities, the danger with all emerging markets is that their performance is not always dictated by local stories, but by the global economic outlook.

“These countries do not have an independent monetary cycle,” said Bill O’Neill, chief UK strategist at UBS Wealth Management. “In these environments, emerging markets do struggle short term.”

Jim O’Neill said investors had got the wrong end of the stick by banking on the BRIC. “It is very important for me to emphasise, being Mr BRIC, that I created the BRIC as an economic concept, not as an investment theme,” he said.

The same went for the MINT grouping, said O’Neill. “Each of the four MINT (economies) make up more than 1 percent of the world’s GDP, except Nigeria – which has the best potential to make up 1 percent of GDP,” he added.

And as always, timing is vital with investing. While Goldman’s BRIC fund has fallen in the past three years, it is up 26 per cent since its launch almost eight years ago.