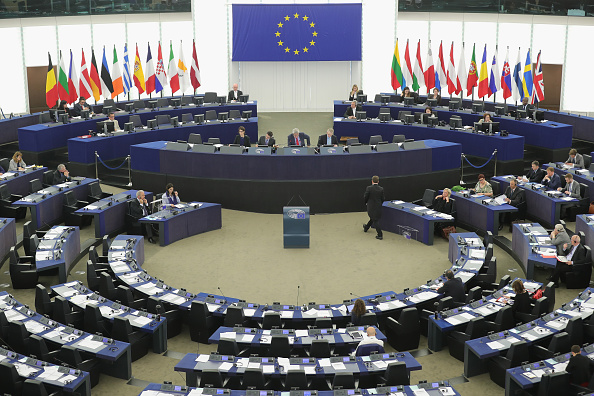 “Trials must be turned into opportunities,” if the United Kingdom is to survive in a post-Brexit world, a panel of experts agreed on Sunday.

While the British pound continues its freefall and stocks in the Middle East plunge, the Gulf Cooperation Council’s business interests and trade with the UK and the European Union will remain unchanged following  the severance vote.

However, the prospect of free trade agreements between the GCC and the UK will likely remain off the table, Toby Simpson, managing director of Gulf Recruitment Group, argued.

Speaking at the Capital Club, he said: “We face many trials ahead; trials we must turn into opportunity. They are not just a great deal of concern in the UK, not just in Europe, but all over the world.

“Of course I would love to see more business between Britain and the UAE. On free trade, there have been trade negotiations between the EU and the GCC for a very long time, but because they hadn’t completed a single market in the GCC, it hasn’t gone ahead.

“The problem with free trade is that it happens when GDP is normally similar between two different countries. The UK puts a huge tax on the imports of hydrocarbons for example. That’s distorting the market and against what free trade wants.

“So for things to happen with this country, there would have to be one-off agreements with different countries such as defence, which is already happening. It’s interesting that none of the EU laws have prevented us from doing that, as it has been doing so with China – it has a mutual investment in various different sectors. But don’t expect there to be free trade because it probably won’t happen.”

He added: “One of the plus-points of the UK exiting the EU is that it will be able to make trade agreements quicker. One of the reasons it may be faster is that the UK is just one country and will not be negotiating as part of a 28-country trading bloc.”

Gulf News editor-at-large and co-panelist Francis Matthew said: “The UK situation does not change very much in relation to the MENA region; it may be able, once it’s out of the EU, to make free trade agreements very quickly, but in fact the UK under Cameron’s government has been very good in maintaining the bilateral agreements with the UAE – they have one meeting every six months.

“But the UK has not being very good at negotiating on terms with the EU – I did not see them negotiating alongside France and Germany on agreements with companies. It has been very bilateral on business for quite some time. Equally in terms of defence, it has all been bilateral.”

However, the region has already begun to feel the effects of the UK’s historic referendum.

On Sunday, regional stocks plunged due to a global market sell-off triggered by the ‘Leave vote’. Dubai’s bourses fell by 3.3 per cent, while Egypt’s stock market dropped much more sharply than its Gulf neighbours.

It is also feared that slower growth in Europe could further push down oil prices; Brent oil sank 4.9 per cent to $48.42 a barrel on Friday.

Meanwhile, the value of the British sterling tumbled from Dhs 5.43 on Thursday night to just Dhs 4.95 on Monday. Though the low value has left GCC expats with a windfall sum to send back to the UK, analysts fear the effect of a vulnerable exchange rate on local real estate and tourism.