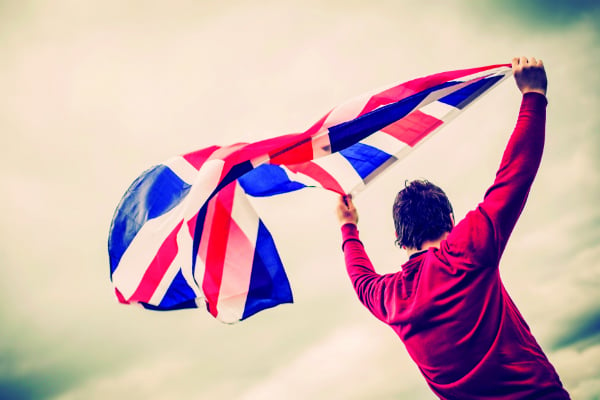 For many, the events of the morning of June 24 were a rude awakening. A British exit from the European Union – an outcome deemed inconceivable only hours before – had become a reality.

The pound plunged to its lowest level against the dollar since 1985, global stock markets tumbled, British Prime Minister David Cameron announced his resignation and the political infighting that followed all but reflected a country divided. Some 51.9 per cent voted ‘leave’ to 48.1 per cent who voted ‘remain’.

Meanwhile, Gulf investors, many of which have invested heavily in United Kingdom assets, looked on nervously with no successor to Cameron expected until October and a lack of clarity surrounding the date and terms of Brexit.

In the Gulf Cooperation Council, governments moved quickly to dismiss concerns that their economies would be heavily affected.

Saudi Arabia said it had already made some adjustments to assets denominated in sterling and euros in anticipation of the vote. A move described as a “precautionary stance” by Saudi Arabian Monetary Authority Governor, Ahmed Al Kholifey.

“For the banking sector, we expect that the impact will be limited, because it is less exposed to the two aforementioned currencies’ movements,” he told the Saudi Press Agency.

Elsewhere, the United Arab Emirates said the affect on its financial institutions would be similarly small.

“Due to the limited interconnected-ness between the UAE and UK financial systems, there are only a few channels through which uncertainty about future UK and EU relations could affect the UAE financial institutions,” the UAE Central Bank said in a statement.

Others too suggested the region had little reason to worry.

“I don’t believe there will be immediate investment fallout for Gulf-based companies from the Brexit vote,” said CNNMoney’s emerging markets editor John Defterios.

“If anything, the UK will be eager to forge trade agreements with countries that it has historical ties with.”

But this is not to say it will be all plain sailing ahead.

Brent crude plunged 5 per cent on the day the result was announced and some speculated the dampening impact of Brexit on European growth would place further downward pressure on prices in the months ahead, having only recently broken $50 a barrel.

Loftier warnings ranged from the breakup of the Eurozone, to recession in the United States, while more locally voices in the Gulf said it would be wrong to assume the region would be immune.

Abu Dhabi Commercial Bank chief economist Monica Malik said in a report that a weaker pound and euro would hit the UAE hardest of the Gulf economies due to its large tourism and real estate sectors.

“We see a weaker private consumption and investment outlook in the UAE following Brexit,” she said, adding that GCC entities will likely need to tighten fiscal policy further to limit their deficits and protect market sentiment.

“Moreover, with the fall in oil prices and elevated global market uncertainties, foreign borrowing rates for GCC entities will likely increase. This will place more pressure on domestic borrowing and potentially push up interbank rates further.”

Investors’ risk aversion should also be considered – especially with investments in emerging markets being so heavily impacted by those in developed markets. This is the view of ForexTime vice president of market research Jameel Ahmad, who was speaking after Gulf stocks dipped sharply on their first opening after the vote.

“The whole Middle East/GCC region is obviously a crucial part of the wider emerging market, and this is how there is going to be a domino impact locally,” he said.

Meanwhile, regional investors are expected to continue a flight to safe haven assets they began as a hedge prior to the vote – according to Old Mutual International regional director for the Middle East Brendan Dolan.

“It is almost inevitable that this sell-off will continue as we enter a period of extreme volatility and uncertainty,” he said.

Despite the negative outlook for UK growth in the short term and even a potential recession on the horizon, the weakness of the pound and anticipated decline in real estate prices could still make the market attractive to Gulf investors.

“Any US dollar or UAE dirham investors will find the price of an average prime Central London residential asset $96,000 (Dhs 350,000) less than it was on June 20,” said Cluttons’ head of research Faisal Durrani.

This, however, will not be good news for those who will likely see the value of their existing property investments decrease.

Elsewhere, real estate agency Knight Frank said it expected a “high speed mini economic cycle” in the coming weeks, resulting in falling sentiment and potential sales from over extended investors. But the company suggested there were positives on the horizon.

“The combination of lower prices, plus exchange rate effect should then draw in overseas investors looking to acquire assets in the UK, attracted by a G7 country with a track record of achieving strong economic growth,” it said.

Others, too, believe the period of political and economic uncertainty to come could see the pound weaken further, creating an attractive exchange rate for Gulf investors and UK expats based in the region.

“With the dirham pegged to the dollar GCC based investors could see their currency strengthen in value with Dhs 4.5 per pound not inconceivable,” said Dolan.

But while there might be opportunities for those with the right risk appetite, it is hard to imagine that many in a region already hit by global growth concerns and lower oil prices would have wished for the uncertainty to come.

“British voters short-changed their future prospects for short-term gains of employment and benefits, overlooking the long-term prospects of a brighter future,” said Al Ansari Trading Enterprise LLC executive director Adnan Nalwala, adding it would be “business as usual” for people and businesses in the GCC.

“For us nothing changes. The real issue will be faced by the British people – many of whom will be deprived of the benefits of an integrated European Union.”