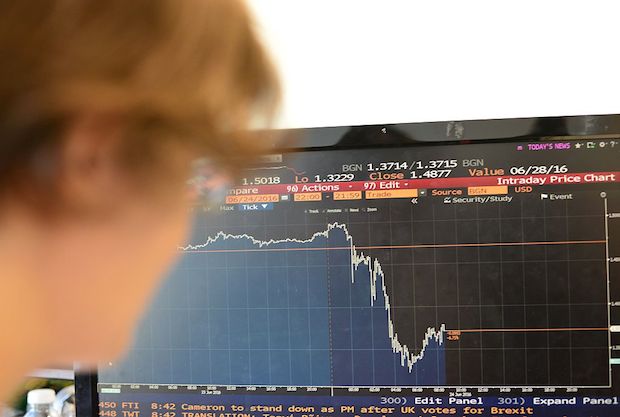 World financial markets plunged as results showed a 51.9 per cent majority decision to leave the EU.

Gold also jumped by as much as 8 per cent to its highest in more than two years on Friday.

Also read: Brexit has had a ‘limited impact’ on oil prices so far

UK Prime Minster David Cameron also announced his resignation on Friday, stating “I do not think it would be right for me to try to be the captain that steers our country to its next destination.”

Analysts said the move will have a major impact worldwide.

FXTM vice president of Market Research Jameel Ahmad said: “The financial markets and spectators across the globe are in a complete state of shock following the unexpected outcome to the EU referendum that the UK has voted to leave the European Union.

“Markets were completely reliant in the final lead up to the vote on following the bookmakers, who heavily favoured a one-sided remain and as such, were simply positioned for only a remain outcome.

“Investors were guilty of ignoring the consistent opinion polls that repeatedly pointed out that the vote was going to be close and as a result, the possibility of a UK exit had been severely under-priced throughout the financial markets.”

Al Masah Capital CEO and board member Shailesh Dash added: “I am sure the economic impact will be mixed – in the short term more negative than positive – and one has to see how the phenomena of single markets and collaborations and trading blocs pans out from here onwards.‎

“Impact on the GCC – if any – will be very short term particularly the financial markets and currencies. But in the mid and long term it would have no impact on the GCC markets including UAE,” he explained.

According to London Business School economists, the leave vote could lead to a drop of up to 4 per cent in the UK’s GDP and years of economic uncertainty.

Professor of Economics Richard Portes said a fall in output and employment and major financial disturbances are likely.

“The economy’s current account deficit is now 6-7 per cent, financed by capital inflows likely to dry up or reverse. Short run risks include a real estate crash, at least in London, and an exchange rate crash,” he said.

“More than 50 per cent of UK exports go to the EU. The fall in trade will hit exports and the dynamism of the economy.”

The result will also lead to uncertainty as the UK enters a lengthy period of negotiation with trade partners, according to adjunct professor of Economics Linda Yueh.

“We now face at least two, likely more, years of uncertainty ahead as the UK renegotiates its place in the global economy.”