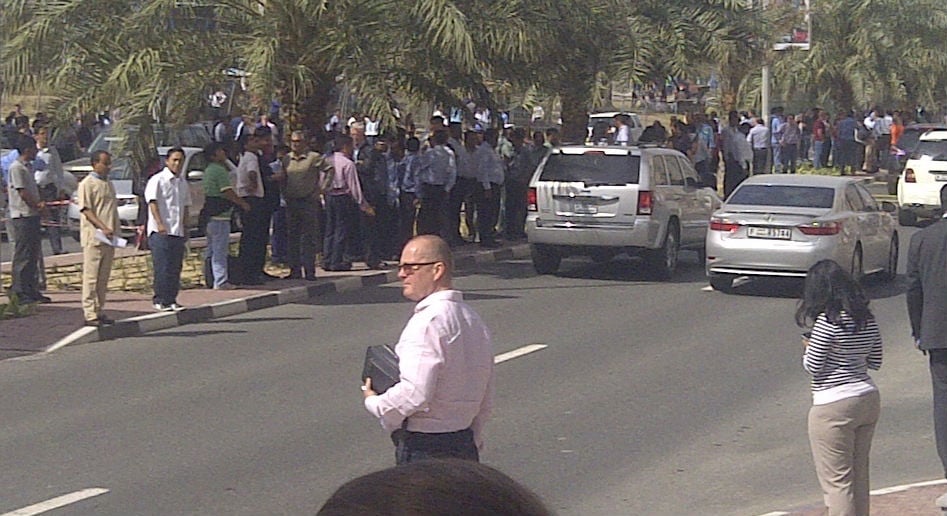 A major 7.8 magnitude earthquake struck Iran on Tuesday, with strong tremors felt in the Gulf states and India.

The US Geological Survey said the quake hit at 10:44 GMT at a depth of 82 km (51 miles), reported Reuters. The epicentre was 198 km (123 miles) southeast of the city of Zahedan and 250 km northwest of Turbat in Pakistan.

Tall buildings shook in Dubai, and towers in Media City and surrounding areas were evacuated immediately.

The quake follows a 6.3 magnitude earthquake in Iran last week, which killed 37 people and injured hundreds. The earthquake took place about 500 kms away from Abu Dhabi, southeast of Iran’s port city of Bushehr, which houses the country’s only nuclear power station.

That quake was 24km deep under water, NCMS said, adding that the impact of the quake in the UAE measured 4 on the Richter scale.