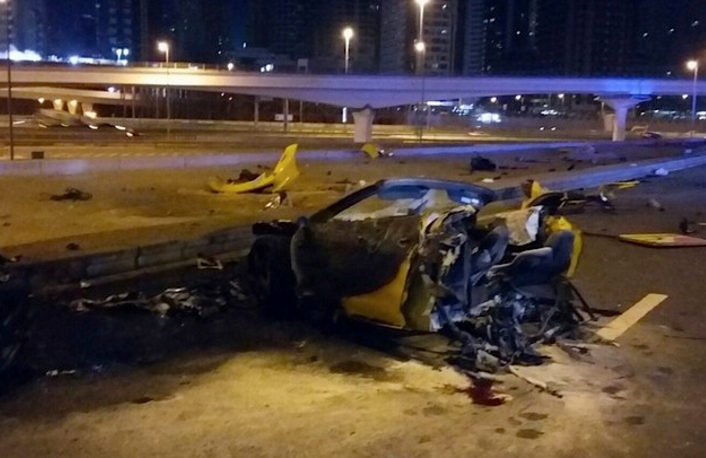 One of the two women killed in a Ferrari car crash in Dubai on Sunday was a Boston Marathon bombing survivor, according to reports.

Victoria McGrath has been confirmed as one of the four victims of the accident, which took place in the early hours of Sunday when a rented Ferrari car they were driving in rammed into a lamppost and spilt in two in Jumeirah Lakes Towers.

One of the two men who died was 24-year-old Canadian boxer Cody Nixon who was reportedly on a round-the-world trip. The other victim was his 27-year-old cousin James Protuondo.

Boston’s Northeastern University, where 23-year-old McGrath was studying, confirmed that she died along with her roommate, Priscilla Perez Torres. They were both in Dubai on a personal trip.

Portuondo was driving the two-seater while Nixon was sitting between the driver and passenger seats, The National quoted Dubai’s chief traffic prosecutor Salah Bu Farousha as saying.

Portuondo, McGrath and Torres died on the spot while Nixon passed away at the hospital, he said.

Bu Farousha said that – according to witness reports – the Ferrari was travelling at a speed of atleast 140km per hour in a 60kmph zone.

Forensics tests also allegedly showed that all four had been drinking alcohol.

An investigation into the cause of the crash is ongoing, officials have said.

McGrath received severe shrapnel injuries to her left leg during the Boston bombing in April 2013 and a photograph of a firefighter carrying her away from the scene was widely used worldwide.

“She [McGrath] was devoted to helping others through leadership in student organisations and community service work,” he said.