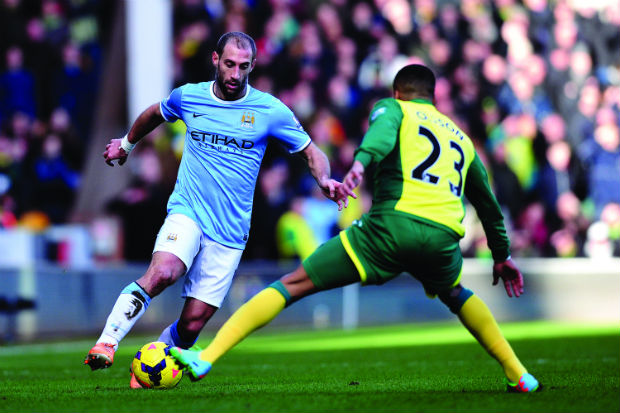 When Abu Dhabi United Group’s (ADUG) estimated £100 million acquisition of Manchester City was first announced in September 2008, many dismissed it as local one-upmanship.

Dubai International Capital had recently tried and failed to buy Liverpool FC, presenting the opportunity for Abu Dhabi (or at least a private equity fund closely linked to the government) to beat its neighbour to the punch by acquiring its own English Premier League team.

But whether it was the result of competing for global recognition with Dubai, or keen business interest, the deal has accomplished far more for brand Abu Dhabi than an expanded trophy cabinet.

“You could look at things like the Abu Dhabi Grand Prix, the Abu Dhabi HSBC Golf Championships, and the investment in Manchester City as some of Abu Dhabi’s most prominent global marketing assets,” says Ben Faber, senior director at Fast Track Middle East, the company charged with delivering Man City’s sponsorship and fan loyalty programmes regionally and fan engagement in New York.

“The Manchester City investment has given the emirate global awareness through the fan base that they’ve been able to tap into and allowed Abu Dhabi incorporated-businesses like Etihad, the Tourism and Culture Authority and Etisalat to leverage off the back of that ownership as sponsors of the club.”

Now ADUG’s sports investment strategy is moving to its next stage, targeting untapped football markets in the US, Australia and Japan to produce a truly global football brand. Abu Dhabi and its state-owned companies are thus set to gain further international recognition on the way.

In May 2013, in the modest setting of the P.S 72 school cafeteria in East Harlem, figures including Mayor Michael Bloomberg, Hal Steinbrenner and Randy Levine of baseball’s New York Yankees and Don Garber, commissioner of Major League Soccer (MLS), gathered to announce the 20th entry to the MLS, New York City FC.

The list of names was impressive, showing how significant the event was for the city, as was the record $100 million ADUG’s conspicuously absent H.H. Sheikh Mansour bin Zayed al-Nahyan had paid for the rights to the club, in partnership with the Yankees.

“We will build two very good teams [in Manchester and New York] with the aim of winning their respective competitions, and both these teams are going to help each other,” announced Ferran Soriano, CEO of Manchester City.

Less than a year later, Soriano was at it again, leading a consortium with Melbourne Storm to acquire Australian A-League team Melbourne Heart, declaring that the group’s combined football and commercial expertise would make for a powerful combination “both on and off the pitch”.

Then to cap its deals off, the club announced it had acquired a minority stake in Japanese side Yokohama F-Marinos in May, with Soriano hailing the integrated approach to football, marketing, media and commercial development all the clubs in the City family would enjoy.

All three acquisitions focus on countries not traditionally considered strong footballing markets but the numbers are growing.

In the US, for example, the MLS is a far cry from the Premier League in terms of popularity and money earning potential, yet there are significant growth opportunities, with games regularly attracting a larger stadium audience than those in the National Basketball Association and National Hockey League, and renewed interest from the American public after the World Cup.

The most recent MLS TV deal, which was closed in May, will reportedly generate three times what broadcasters were paying previously, jumping from $30 million a year to an estimated $90 million till 2022. While the number of teams competing is set to increase, with two additions in 2015 (including New York City FC) and three more to come shortly after.

Among the main areas of collaboration expected from the three acquisitions include training methods, coaching, technology and medical care, but for Manchester City and ADUG, the real value arguably comes off the pitch, through additional diversified revenues and boosted global brand recognition.

One aspect of how this strategy will be implemented was revealed in June when Melbourne Heart was renamed to Melbourne City FC, making an MCFC acronym identical to its Manchester City partner. The team’s new home kit is also designed to include the signature blue of its sister clubs in Manchester and New York, creating a connection between the teams.

City and ADUG are hoping this more local approach will help the club to gain prominence in a global market dominated by Manchester United, Real Madrid, Barcelona and other more established names in football.

“They [Manchester City] are playing catch up, they are fighting clearly for a share of a global fan base and obviously all the commercial upsides that come with that,” says Faber.

The approach is also intended to create more of a connection within the countries than competing teams, which only arrive for a few exhibition games during season downtime.

“Soccer fans in the US are looking for good soccer and the best way to deliver that is to be here and to do it every week, not to play a friendly every year or every other year,” Soriano told ESPN’s Men in Blazers podcast at the end of July.

Off the pitch meanwhile, there appears to be a similar strategy to boost the profile of Abu Dhabi’s flag carrier.

This began at Manchester City, where an estimated £400 million stadium and shirt deal similar to Emirates’ at Arsenal FC, means the club’s ground is now known as The Etihad.

“When you watch a Premier League Game the commentators always talk about ‘Here at The Etihad’ or ‘Their third successive win at The Emirates’ and so on. Naming stadiums has become enormously effective – and the shirt sponsorship means that the brands are seen around the world on television and in newspapers day in and day out,” says Kevin Hasler, general manager at PR and communications firm BPG, Cohn & Wolfe.

Gulf airlines have proven particularly responsive to the opportunities presented by sports sponsorship, with all three looking to utilise the global appeal of football.

Qatar Airways controversially penned a 69 million euro three-year deal with Spain’s FC Barcelona in 2013. Emirates is meanwhile the official worldwide partner of the sport’s governing body FIFA, and has shirt sponsorship deals with AC Milan, Real Madrid and Hamburg among others.

Hasler suggests it is not so much a question of rivalry between the three Gulf countries, but more of a realisation that sporting sponsorships are now an “enormously effective way” of positioning themselves globally– while reinforcing their airlines’ global expansion strategies.

“The core of their [Etihad and ADUG’s] sports sponsorship and investment strategy is investing to put Abu Dhabi
on the international map – getting the emirate talked about and discussed worldwide,” he says. And this strategy has continued with ADUG’s more recent investment plans.

Shortly after the renaming of Melbourne Heart, Etihad was revealed as the club’s new shirt sponsor. The airline is also expected to announce a shirt sponsorship deal with New York City FC before the new season starts, having already become the official airline partner of the US MLS league.

“Following the World Cup in Brazil this summer there is a surge of interest in “soccer” in North America and sponsoring New York will tap into this and also help to support Etihad’s growing route network in the US,” says Hasler.

“The same applies to Australia where Abu Dhabi also now has the 55,000-seater Etihad Stadium in one of the biggest sporting cities.”

But despite the enormous investments Etihad, Emirates and Qatar Airways are now making in sport, including more recent deals with England Cricket and the Mumbai Indians IPL team, Hasler believes it has been money well spent.

“The cost of global branding and advertising campaigns for Etihad, for example, would be dwarfed by the brand awareness they are achieving through the sports sponsorship strategy.”

While Abu Dhabi’s ambition to create a profitable global sports business is underway, Hasler suggests a strategic approach to investment will continue, fitting markets where the emirate wants to raise its profile and do business and “logically only to locations where Etihad currently flies to or will in the future”.

“There are probably few deals on the size and scale of the Manchester City remaining out there at the moment and it will only make sense to deal with the very best teams in respective sports and markets,” he says.

But there are also signs that Abu Dhabi’s investment focus could shift over the next decade, with a return to long stalled artistic projects suggesting a greater emphasis is to be placed on enhancing the emirate’s cultural appeal.

In the build up to the 2015 opening of the long delayed Louvre Abu Dhabi, which is being constructed at a cost of over $630 million, an extensive programme of exhibitions and events is taking place to muster local and international interest.

A deal worth over $1 billion will see art loaned from French museums including The Louvre, the Musée d’Orsay and the Château de Versailles, in a 30- year collaboration with Abu Dhabi.

A staggered launch cycle will see the Louvre joined by the Zayed National Museum, telling the story of the UAE’s formation through the life of its founding father Sheikh Zayed bin Sultan Al Nahyan, in 2016, with a much delayed division of the Guggenheim following in 2017. Together, the three will form Saadiyat Island’s Cultural District.

“The investment partnerships with the Louvre and the Guggenheim and the long term plans for that part of the city are probably where the greater part of the new investment will lie over the next 10 years,” says Faber.

“Sport will remain a key part of Abu Dhabi’s marketing strategy and commercial strategy moving forwards but culture is already coming much more to the fore.”