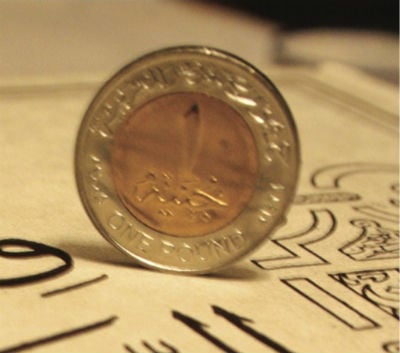 Gulf Islamic Bonds or sukuk issues are set to rise in 2013 as Shariah-compliant firms look for quality investments and governments seek financing for big projects.

Gulf governments, government- related entities and banks will also take advantage of foreign investor interest in the region to refinance existing debt and raise funding to expand their businesses.

Dubai Electricity and Water Authority has already announced plans for up to $1 billion of sukuk.

Gulf sukuks nearly tripled in 2012 to $21.3 billion from $5.6 billion in 2011, according to data provider Dealogic. Saudi Arabia was the main issuer, with $9.18 billion, followed by the UAE and Qatar. In 2011, UAE led the pack, followed by Saudi Arabia and Bahrain.

“The technical backdrop in the sukuk market was particularly compelling in 2012 as sukuk investors, many of which are Islamic financial institutions, remained cash flush and were actively seeking an investment destination for their excess liquidity,” said Eric Swats, head of asset management at Rasmala investment bank.

“Historically this excess liquidity was deployed into the real estate and to a lesser extent the equity markets. However with the real estate market closed to many banks with their balance sheets remaining burdened with ‘underperforming’ legacy real estate assets, lower risk sukuk investments became the natural asset of choice for many.”

Banks in the UAE face limits on lending to government related-entities and to the real estate sector while European banks have to deal with the European debt crisis, pushing Gulf issuers to tap the bond market.

Gulf governments are also looking at sukuk to finance multi-billion dollar projects. In 2012, Saudi Arabia’s General Authority for Civil Aviation issued a Saudi riyal sukuk to help fund the building of Jeddah airport and it is expects to issue more bonds this year for airport construction.

“If you are looking at big government- related entities, many of them are considering sukuk and that is a trend we expect to continue,” said Karim Nassif, associate director at Standard & Poor’s in Dubai.

Gulf issuers are taking advantage of local and international investor appetite for good quality bonds amid reluctance to tap into some Western bonds. The region is attractive to fixed-income investors due to its high credit ratings and high yields.

“At this point of time, issuers from this region have to pay a higher yield to raise financing compared with like- rated issuers in others parts of the world. That has to do with the geopolitical risk associated with the region,” said Rasmala’s Swats.

“Local investors who live in region are often comfortable taking this risk and that’s why there is some interesting local participation in securities.”

This year is also likely to feature new sukuk trends.

In 2012 Abu Dhabi Islamic Bank launched a $1 billion hybrid perpetual sukuk, the first to be issued by a bank to increase its Tier-1 capital ratio.

“There are two main features that characterise the Gulf sukuk market, one is obviously growth while the second is rapid innovation,” said Mohieddine Kronfol, chief investment officer at Franklin Templeton Investments Middle East.

“Projects are well suited for sukuk, as they typically have tangible assets, they are long term in nature and syndicated loans continue to retrench as a consequence of the European banks’ issues at home. Since you have such a large pipeline of projects in the region that can be one area where we can see a lot of innovation.”

This year is also likely to see offerings from first-time issuers such as Oman, the last Gulf country to enter the Islamic finance market. Outside the Gulf, countries including Tunisia and Egypt, which were swept by the Arab Spring and saw Islamic parties rise to power, could have debut sukuk issues if the legal and regulatory infrastructure is put in place.

Turkey, whose ruling political party has Islamic leanings, issued its first Islamic bond in 2012 and is expected to become a more frequent issuer. Sukuk issuance in 2013 is also likely to mirror the 2012 trend of a more diversified currency mix.

More Gulf issuers are offering sukuk in Malaysian ringgits, a reflection of closer Gulf economic ties with Asia and a desire to diversify the pool of bond investors. Dollar is the main foreign currency for Gulf sukuk due to local currency peg to the greenback in most Gulf states.

“There are often several factors that lead an issuer to select the currency and maturity they are looking to tap,” said Rasmala’s Swats. “If the bank or company is looking to expand operations or business in that country they might use sukuk issuance to raise their profile within that market place.”

Despite the increase in Gulf sukuks, the region lags behind Asia in terms of volume of offerings. Malaysia is the world’s largest sukuk issuer and has a very liquid and well-regulated market.

“The GCC has lagged a little bit behind Asia, especially Malaysia, but we do think that mix will vary over time,” said S&P’s Nassif. “The difference so far is that the GCC tended to issue jumbo size sukuk (between $1 to $4 billion) whereas in Malaysia its between $250 to $500 million.”

The Gulf region also lacks variety, with very few new issuers because many firms remain unrated and prefer bank lending, which does not require as much corporate governance as a bond offering. Gulf issuers also tend to price sukuk in dollars, which attracts foreign investors, and in some countries, especially Saudi Arabia, sukuk are offered in local currency to the domestic investor base.

“The primary difference between the GCC and Asia is that sukuk issuance out of Malaysia and Indonesia is to a large extent geared towards the domestic market,” said Templeton’s Kronfol. “The GCC may develop an edge because it can cater to domestic and international investors simultaneously.”