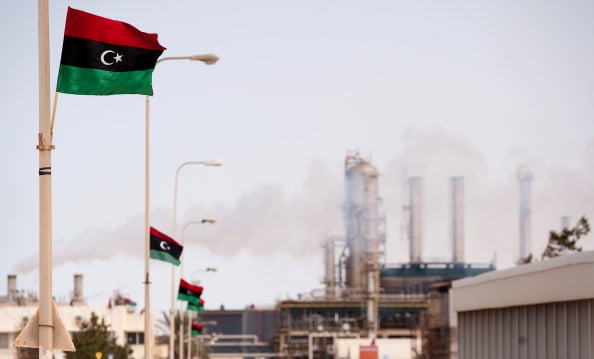 Bombs exploded near the Egyptian and United Arab Emirates embassies in the Libyan capital, Tripoli, on Thursday though there were no immediate reports of casualties or major damage in the atttacks.

The blasts followed a series of car bombs on Wednesday mainly in towns under the control of the internationally recognised government, based in the eastern city of Tobruk, which is facing a challenge from a rival government set up in Tripoli.

Both Egypt and the United Arab Emirates followed other nations in pulling diplomatic staff out of the capital over the summer after armed clashes in Tripoli between armed factions battling for control of the North African state.

A Reuters witness said the Egyptian embassy bomb had slightly damaged buildings and some stores, but it was not clear if the embassy had been hit.

There were no immediate details of whether embassies were the target of the bombs or whether any staff or security guards were in the buildings at the time.

Three years after the fall of Muammar Gaddafi, Libya is caught up in growing unrest as rival armed factions compete for power and control of the OPEC country’s oil resources.

One faction has taken over Tripoli, setting up its own government and parliament and forcing the elected parliament and administration of Prime Minister Abdullah al-Thinni to operate out of Tobruk.

Both sides have routinely accused each other of seeking support from neighbouring regional powers, and many embassies and embassy staff have left the capital after armed clashes and the takeover of the city in the summer.

Rivals of Thinni’s government say neighbouring Egypt has lent support to a renegade former Libyan army general, Khalifa Haftar, who is leading a campaign to drive Islamist factions out of the eastern city of Benghazi. His foes say he has received air support from Egypt, which is worried about the spread of Islamist militants.

International efforts led by the United Nations to mediate between the rival factions have so far failed to broker a ceasefire or bring the North African state’s main armed actors to the negotiating table.