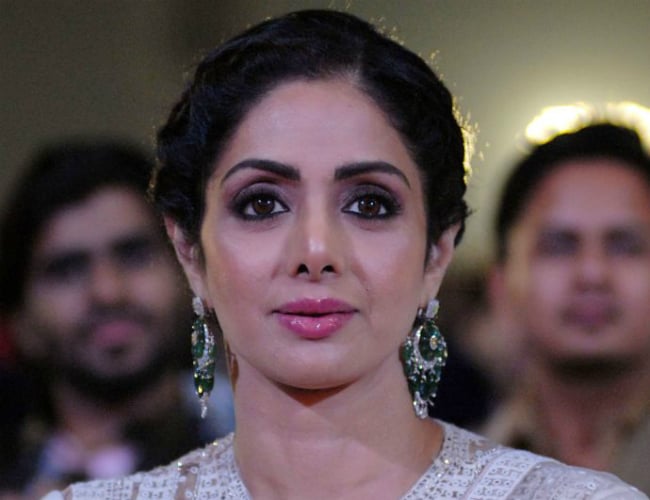 An Indian actress found dead in her Dubai hotel room drowned, according to the emirate’s media office.

Sridevi Kapoor was found dead at the Emirates Towers hotel on Saturday evening after attending her relative Mohit Marwah’s wedding in the neighbouring emirate of Ras Al Khaimah earlier in the week.

She was reportedly preparing to go out for dinner with producer husband Boney Kapoor, who surprised her after flying to Mumbai and back after the wedding.

Local reports suggest she was asleep when he arrived around 5:30pm. The two are said to have spoken for 15 minutes before she went to freshen up in the bathroom.

After another quarter of an hour, Boney went to check on Sridevi and received no response so he broke down the bathroom door and found her unconscious in the bath, according to Khaleej Times.

Attempts to revive her were unsuccessful so he called paramedics, who arrived around 9:00pm, sources told the publication.

Dubai Media Office quoted the general command of Dubai Police as saying a forensic medical report showed the death “occurred due to drowning in her hotel apartment’s bathtub following loss of consciousness”.

Following the completion of post-mortem analysis, @DubaiPoliceHQ today stated that the death of Indian actress Sridevi occurred due to drowning in her hotel apartment’s bathtub following loss of consciousness.

“Dubai Police has transferred the case to Dubai Public Prosecution, which will carry out regular legal procedures followed in such cases,” the media office added.

The 54-year-old was known for her performances in more than 300 Bollywood films. In recent years, reports in the Indian media speculated that she had undergone several cosmetic procedures and was taking diet supplements.

She leaves behind her husband and daughters Jhanvi and Khushi.