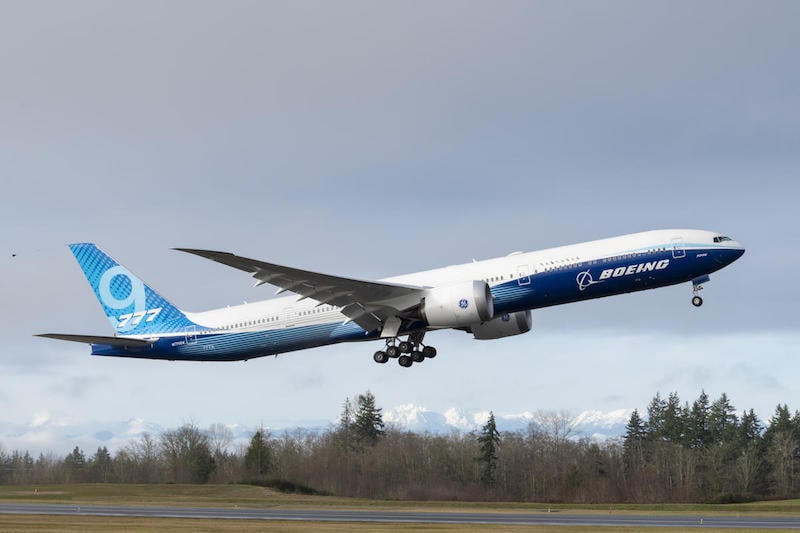 Boeing Co.’s newest plane, so big that its wings are hinged, finally rumbled into the skies over the Washington factory complex constructed a half century ago for the original jumbo jet.

After a delay on Friday because of high winds, the jet took off from Boeing Field at 10.09am PST Saturday and landed successfully almost four hours later. It’s set to fly again on Tuesday and undergo tests for as long as 10 months.

First flights typically mark a crowning technological achievement for planemakers, capping years of invention and problem-solving. This flight, however, will be clouded with uncertainty for Boeing.

The 777-9 is the planemaker’s first new model since two fatal crashes led to the global grounding of its 737 Max. As the company works to restore its reputation for safety and technical prowess, the new aircraft will face heightened scrutiny from regulators, airlines and investors. 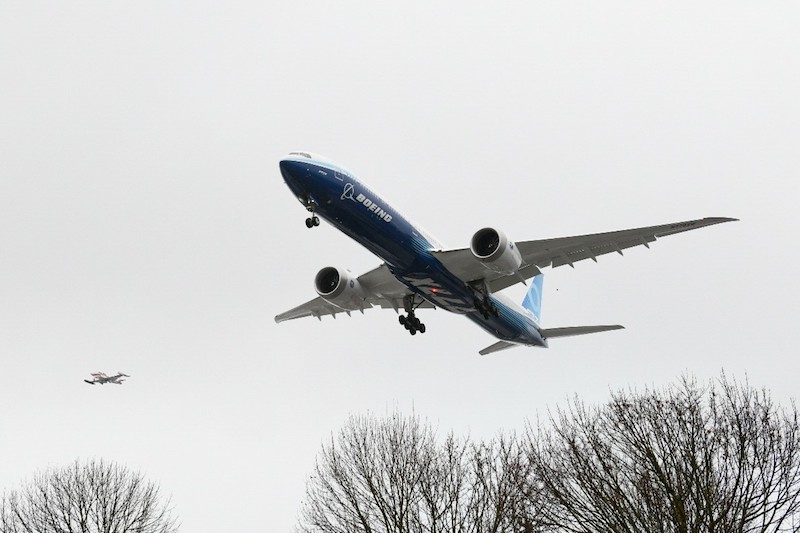 Safety aside, there’s concern that the jetliner is simply too big for today’s airlines. The -9 is longer than Boeing’s iconic humpbacked 747, and is the first twin-engine jet built to haul a similar load of travelers—426 people in a typical two-cabin layout. It’s also the company’s priciest airplane, available for a cool $442.2m before customary discounts.

But sales have stalled since an initial order flurry when the 777X was unveiled at the Dubai Airshow in 2013, and long-expected orders from China haven’t materialised amid trade tensions.

“It is feeling like the plane is too big for most markets, for most airlines,” said George Ferguson, an aviation analyst with Bloomberg Intelligence.

The 777-9—the first model of the 777X family—is taking off into a turbulent market for aviation’s behemoths as the four-engine jets it was designed to replace fade into the sunset. Airbus SE is building the last of its A380 double-decker jets, while the future of Boeing’s 747 is very much in question with just 17 orders unfilled and a critical supplier shutting down production.

With 115 of the 777X still on order, Emirates accounts for more than half of Boeing’s total backlog. The long-haul carrier is also the largest customer for Airbus’s superjumbo. But as the A380 fades out of the global fleet over the next decade or so, it’s not a given that its operators will adopt the 777X to overcome congested hubs. For now, the trend is to bypass the industry’s biggest airports with smaller long-range jets.

“Most airlines that we’re dealing with are not interested in replacing [four-engine jets] with the largest twin-engine wide-bodies,” Steven Udvar-Hazy, chairman and founder of Air Lease Corp., said during a November earnings call.

“Actually the trend is the other way,” he added, noting interest in smaller planes like Boeing’s 787 and Airbus’s A350. 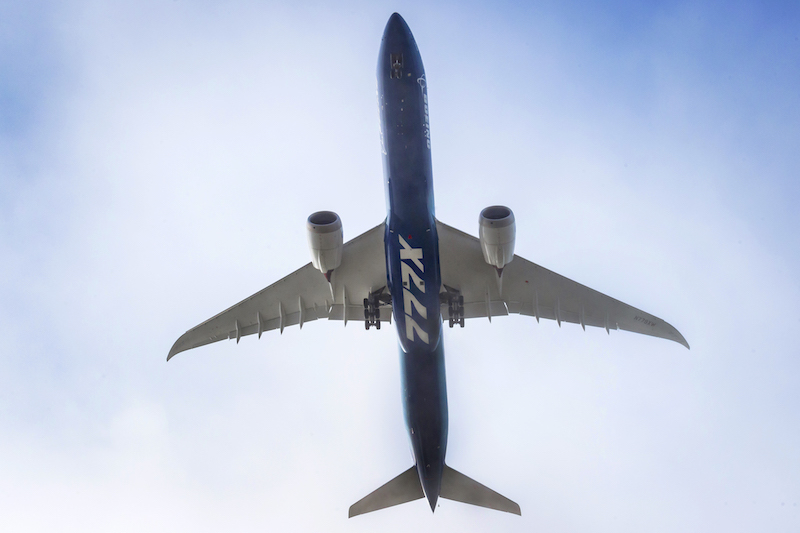 The market may come around as the 777X takes flight and demonstrates its capability, however. It is an expensive airplane, Udvar-Hazy said, so airlines will likely wait and see how it performs before deciding on orders.

The plane features stunning composite wings, the longest Boeing has ever built, with a span of 235 feet and 5 inches (71.75 meters) when fully extended. The 777X will be instantly identifiable by its most distinctive feature: Hinges that flip the sculpted wingtips skyward for easier maneuvering around crowded taxiways.

While that design is a first for a commercial jetliner, it leans on concepts that have been around for about a century for military aircraft, said Mike Lombardi, Boeing’s corporate historian and archivist. The company’s F/A-18 Hornet, for instance, folds its wings to save space on carrier decks.

“It’s a very tried and true technology,” Lombardi said. “But I don’t think we’re going to be landing a 777X on a carrier deck any time soon.”