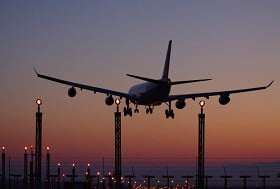 Boeing hit back on Thursday at proposals by rival Airbus to revamp its A330 passenger jet, saying it would “fight” in the marketplace and was confident that its newer 787 Dreamliner was a more valuable plane.

European planemaker Airbus is close to launching an upgrade of its best-selling jet with new Rolls-Royce engines in an effort to bolster sales in the largest segment by volume for wide-body jets seating more than 250 passengers.

“We have more value and have to sell our value, but we will fight, there is no doubt about that,” said Randy Tinseth, Vice President of Marketing at Boeing Commercial Airplanes. “But we also have a better product with better value and that is the card we will play.”

The two planemakers, which will both be announcing deals and showcasing their latest products at next week’s Farnborough Airshow, have clashed over the weight and efficiency of their jets in the 250- to 300-seat segment of the jetliner market.

Airbus says its proposed A330neo will cost the same to run per seat as the 787-9 and cost less to buy, while Boeing says its Dreamliner will be at least 10 per cent more efficient, even after the Airbus upgrade which could be announced next week.

Speaking during a presentation on Boeing’s latest market forecasts, Tinseth said Airbus’s plans to upgrade the 20-year-old A330 proved its strategy for large twin-engined jets, which had previously revolved around the brand new A350, had failed.

The remarks set the tone for what is expected to be a noisy debate about the market for wide-body jets at the July 14-20 air show, where both planemakers are also expected to announce large orders for smaller jets like the A320 and Boeing 737.