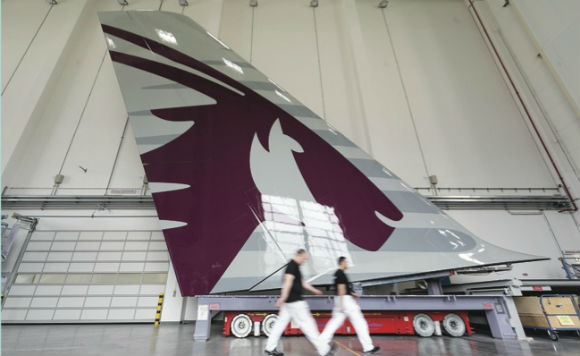 Boeing’s rapid growth hit a speed bump this year when it was ordered to ground its entire 787 Dreamliner fleet, following successive battery-related problems.

The decision to ground the plane drew both praise and anger from passenger and customer groups alike. The news was highly relevant to the Middle East – Qatar Airways had five 787s in operation at the time, with a firm order for 30 more and additional purchase rights on another 30.

“In today’s environment things that occur are very visible very fast. When you have two events of a similar nature close together, it caused the regulators to have to do something,” said Marty Bentrott, vice president of sales for Boeing Commercial.

“I think there will be a debate forever as to whether or not they had to ground the fleet, but it’s history.”

“We’ve solved that problem, the aeroplane is back flying. We can’t afford any more problems otherwise the confidence factor drops back down, and we have to continue to improve the reliability so the airlines have those aeroplanes departing the gates on schedule and on time.”

While the plane may be up in the air again, Boeing has also had to smoothen out any issues in its relationship with the airlines that lost business during the grounding.

Of which, no chief executive was more outspoken on the situation than Qatar Airways’ Akbar Al Baker, who said at the time: “They [Boeing] need to resolve these issues very quickly because Qatar Airways is getting very frustrated with them.”

While the Dreamliner problems look to finally be in the past, Bentrott was adamant Boeing’s relationship with Al Baker, whom he referred to as ‘my friend’, was as strong as before.

“He [Akbar] has been amazingly supportive [about Dreamliner’s problems] and I appreciate that, Boeing appreciates that,” he said.

“The relationship is very strong; it’s kind of like a marriage. Sometimes things are okay and sometimes you’re fighting a little bit.”

“He has high expectations and why shouldn’t he, he runs one of the greatest airlines in the world.”

“There have been some challenges and I do not think any airline CEO would be feeling very positive if they had five aeroplanes sitting on the ground.

“We’ve moved on past that and I think our biggest focus right now is helping that airline restore the reliability levels of the 787 to what we’ve promised and they should expect.”

Bentrott would not comment whether Boeing compensated Qatar Airways following the grounding, after Al Baker said he would demand remuneration.

The relationship showed signs of healing again at the Paris Air Show this year, where Al Baker announced a commitment for more Boeing planes.

Emirates and Dubai may make the majority of aviation headlines both regionally and globally, but Boeing is certainly aware of the huge potential Qatar holds.

“Qatar is one of the strongest growing airlines in the region and with the development of the new airport in Doha, there’s going to be a lot of aircrafts both delivered to Qatar Airways and sold in the future to Qatar Airways,” Bentrott said.

“They, like Emirates, will start looking at a replacement cycle of some of their existing products probably around 2020, so the demand in Qatar is going to be very strong.”