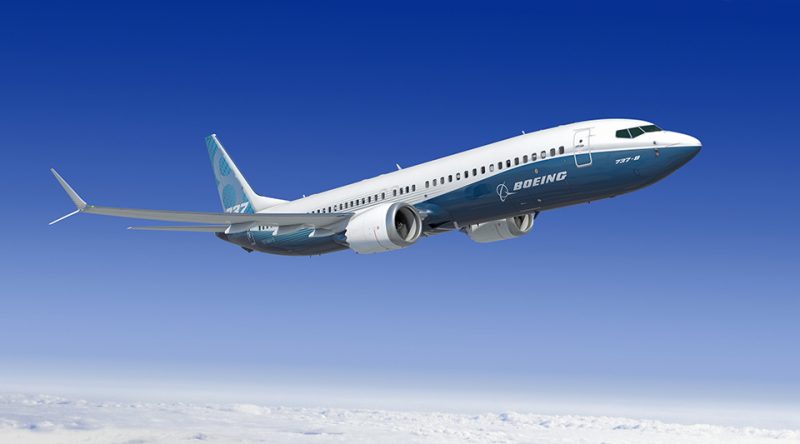 Boeing Co. plans to halt production of its grounded 737 Max in January, a move that will deepen the crisis engulfing the planemaker, complicate its eventual recovery and ripple through the U.S. economy.

The indefinite shutdown will help conserve cash but jolt a supplier base that stretches from Seattle to Kansas, adding a headwind for American industry ahead of the 2020 elections. At Boeing itself, employees will continue 737-related work or be temporarily reassigned to other teams, the company said in a statement Monday. No layoffs or furloughs are planned for now.

The factory pause heightens the risk that financial damage will linger for years after regulators clear Boeing’s best-selling plane to resume commercial flight. The cash pressure is rising as almost 400 new aircraft languish in storage due to a global flying ban imposed nine months ago. The timing of regulatory approval for the Max’s return has slipped repeatedly and remains uncertain with Boeing’s relationship with the Federal Aviation Administration in tatters.

“This pause may indicate that the reentry into service of the 737 Max is not just around the corner, as bullish investors may have been anticipating,” Ron Epstein, an analyst at Bank of America Corp., said in a note to clients.

Boeing fell less than 1 per cent to $324.10 after the close of regular trading in New York, following a 4.3 per cent tumble during the session. Spirit AeroSystems Holdings Inc., the Max’s largest supplier and Boeing’s former Wichita, Kansas subsidiary, dropped 3.7 per cent in late trading.

“We believe this decision is least disruptive” to the health of the production system and supply chain, Boeing said in the statement. The decision is based on such considerations as “the extension of certification into 2020, the uncertainty about the timing and conditions of return to service and global training approvals, and the importance of ensuring that we can prioritize the delivery of stored aircraft.”

The 12,000 employees now building the Max at Boeing’s plant in Renton, Washington, will start filtering back to their regular roles once the timing of the Max’s return comes into sharper focus, said a senior Boeing executive who asked not to be identified.

But the uncertainty over when Boeing will restart production adds to the strain at suppliers — and job cuts at those companies may later impede the planemaker’s own recovery. The 400,000 parts that go into each Max arrive in a tightly choreographed sequence timed, in some cases, down to the hour.

“If it shuts production down, it risks losing employees and having greater difficulty ramping back up in the future; and the same goes for the supply base,” Cai von Rumohr, an analyst with Cowen, said in a note to clients before Boeing’s announcement.

The pace of work will be determined supplier by supplier, rather than halted across the board, said the Boeing official, who asked not to be named because discussions are confidential. The company doesn’t want to lose capacity at casting and forging companies that struggled with delays last year.

Talks for a cutback are already under way at Spirit, which has continued to manufacture 52 Max airframes a month during the grounding, said the executive.

“Following the announcement from Boeing that they would temporarily halt production of the 737 Max, we are working closely with our customer to determine what that means for Spirit,” the supplier said in an email. “As decisions are made on how to best mitigate this additional impact, we will communicate any new information to employees and other stakeholders.”

The production decision became more urgent after the FAA signaled it wouldn’t certify the revamped Max this year as Boeing had anticipated. The company repeatedly warned earlier this year that it would have to reconsider its Max output plans if the grounding extended into 2020.

Regulators halted Max flights worldwide after an Ethiopian Airlines jet plunged into a field on March 10, the second tragedy within five months. The disasters combined killed 346 people and prompted the longest flying ban for a US airliner in the jet age.

Boeing slashed 737 production by 19 per cent in the weeks following the Ethiopia crash. But inventory costs have ballooned to record levels as the company plotted a quick rebound once the narrow-body jet was cleared to resume flights. Boeing left its supply chain mostly running at the original pace, while the plant in Renton, Washington, lowered monthly output to 42 jets.

Since the company isn’t allowed to deliver the aircraft while the grounding remains in place, Boeing has already put more than 380 new planes in storage, according to a tally by 737 production blogger Chris Edwards.

Boeing is burning through $4.4bn in cash for each quarter that the Max remains grounded, Jefferies analyst Sheila Kahyaoglu said in a report. Halting production would save about half that amount in the near term, she said.

But the company still faces eye-watering costs to compensate airlines for lost flying that will only grow with the disruption to production. Customer concessions could double to $11bn from the previously announced $5.6bn, Kahyaoglu said.

Delaying the aircraft’s certification past the end of 2019 could force Boeing to take an additional accounting charge, which she pegged at $3.6bn if programme-accounting costs rise at a comparable pace. That would clip profits and cash for years to come for Boeing’s biggest source of revenue.

For the first time in a decade, the company doesn’t plan to raise its dividend. Directors approved a quarterly dividend of a little more than $2.05 a share for next year, sticking to the current payout. Boeing didn’t comment on its plans for share repurchases, which have been suspended since the immediate aftermath of the Ethiopia crash.

The board approved the production change after a bruising week for the aerospace giant. In a sign of growing rancor between the company and its regulator, FAA Administrator Steve Dickson chastised Boeing CEO Dennis Muilenburg in a Dec. 12 meeting for pursuing an unrealistic schedule for the Max’s return to service.

The FAA said it was worried that Boeing was publicly pressuring regulators to take action, even as the company failed to provide data as requested. In a message to Congress ahead of the session, the regulator exhorted the manufacturer to focus on the “quality and timeliness of data submittals for FAA review.”

The rare public admonishment came a day after Dickson was grilled for hours by the House Transportation & Infrastructure Committee over the FAA’s decision to allow the Max to continue flying after the first fatal crash, which occurred off the coast of Indonesia on Oct. 29, 2018.

When Will Boeing 737 Max Fly Again and More Questions: QuickTake

The FAA’s insistence that the Max wouldn’t be cleared to fly until next year, and Dickson’s refusal to estimate a timeline, signal that the U.S. agency is increasingly unlikely to clear the aircraft before regulators in other regions.

The uncertainty raises the possibility that US carriers will be hamstrung for a second summer while awaiting Boeing deliveries and training pilots. American Airlines Group Inc. has delayed a return of the Max until early April and said it might “further refine our schedule.” Southwest Airlines Co., the largest operator of the single-aisle plane, said it was considering a similar move.

“Our focus remains on safely returning the Max to service,” Southwest said. “It’s too soon to speculate how and to what extent the suspension of production in January may impact our plans.”

With the production halt, Boeing risks a potential unraveling of manufacturing expertise across a broad swath of North America. The planemaker so far has shielded the 600 mostly US companies building components for the jet from rate cuts, mindful that its own recovery would be greatly complicated if layoffs prompted engineers and mechanics at suppliers to move on to other jobs.

Boeing won’t say when the 737 line will halt in January, but it will take a few weeks to wind down output, the Boeing official said. Renton workers will be temporarily reassigned to other programs, from the quality-plagued KC-46 military tanker to the 777X, which is on track to take its first flight in January. Some will tend to preparing the vast fleet of stored Max for commercial flight.

Boeing will have to carefully nurse suppliers back to the current pace before contemplating an even faster production tempo it had once planned for 2020.