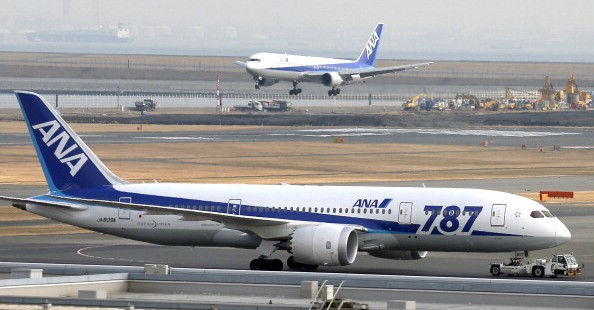 Boeing recorded more deliveries and orders than its rival Airbus last year, providing some consolation following the grounding of its Dreamliners today.

The US manufacturer delivered 601 planes last year, ahead of Airbus’ 588 aircraft – and it secured 1,203 orders compared with Airbus’ 914.

Airbus had a stronger year in the competitive single-aisle arena as it received 455 single-aisle deliveries, while Boeing recorded 415 deliveries for its next-generations B737s.

Speaking in Toulouse today, Fabrice Bregier, Airbus president and CEO, said its 914 orders were 14 per cent above target.

But he conceded Airbus didn’t have it all its own way, saying it was “badly hit” by the A380 wing issue, although he insisted it had now been fixed. Nevertheless, ongoing retrofitting work means it is targeting five less A380s to be delivered this year (25).

Bregier said it had attracted 27 net new orders for the A350, the first of which is due to take off in the summer. This aircraft also has lithium batteries on board. “Where there’s a doubt it’s better to look at it, we wait and see, and we will study and see it may or may not affect the A350s,” he said.

Boeing’s stand-out success was the B777, which recorded 83 deliveries, a category it will continue to dominate with A340s being phased out and A350s yet to launch.

Airbus attracted 58 net orders for its well-established A330s, a figure which may well rise should the Dreamliners be grounded for a lengthy period and market confidence erodes.

“I don’t bet on the difficulties of a competitor to build Airbus’ success,” said Bregier.