Why the boardroom is different in the Gulf - Gulf Business 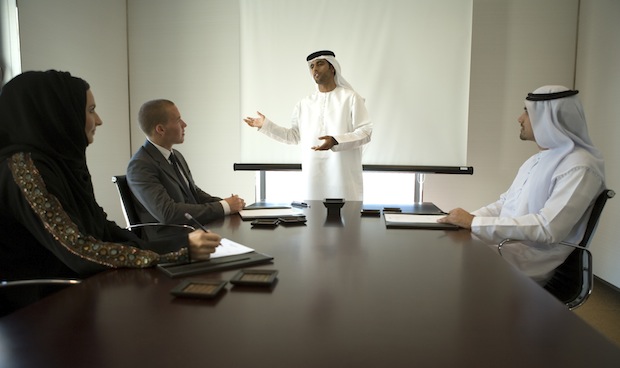 There are two ways to look at the gap between where most corporate boards are in the Gulf today and where the current international best practices for corporate governance are considered to be. One implies that the Gulf is behind and needs to catch up. There is strong factual support of this viewpoint. An example is how surprised many local boards were by the recent fall in oil prices and how unprepared they were for the consequences.

Another way to look at the gap is to notice the different starting points for corporate governance in Western Europe and North America, where international best practices originate, and Gulf Arab countries. Traditions influence current behaviour. No side of the gap can be said to be the best, per se. One side is simply more natural and familiar for some than the other. There are centuries – and, in the case of the Arabian Peninsula, millennia – of history in support of this orientation.

“Basically, the Arabs’ way of governing and living has clear similarities to those of the ancient Greeks,” noted an impressed European on his visit to the Gulf Coast. Carsten Niebuhr returned as the only survivor of the original seven-member Royal Danish expedition to Arabia in 1761–67. He admired how the sheikhs barely took any taxes and explained, “When the most prominent citizens are unsatisfied with the ruling sheikh, they choose another from the same family.”

Ancient Greece was a philosophical ideal at that time, where the concurrent feudal model in Europe was brutal toward its own citizens. History proved the European model to be unsustainable, while the basic principles of tribalism show their worth and flexibility by working in the Arab world to this very day. They are the foundation of how businesses are governed, including the handling of the family’s interests, succession between generations and the relationships with business partners.

The seeds of corporate governance, as it is known today, were planted around the time of Niebuhr’s observations. The corporate board was invented by the East Indies Company in the Netherlands the previous century, when it introduced tradable shares to distribute risk when sending off new vessels. Europe’s absolute monarchies were about to be shaken up, and the Industrial Revolution would strengthen the separate needs for management and supervision. The evolution of corporate governance has been long and tortuous, and further shaped by events like stock market crashes and occasional corporate scandals.

Meanwhile, advanced ownership structures and large organisations have been less of a concern on the Arabian Peninsula. Most of the significant groups have been established within the last 75 years, and have been fuelled by the discovery of oil in one country after the other. Large-scale farming, manufacturing, finance-demanding expansions and stock exchanges did not play any significant role until recently, and institutional investors still barely do so.

Mind the gap. You should do that, not least if you are trying to bring a local board up to international standards. A corporate board can, of course, make a conscious decision about pursuing international ideals for how it should work. Among the arguments for doing so is improved access to capital and strengthened position as a business partner. But you can still expect a strong local flavour.

And that is not unique for here. The same is evident if you happen to observe how boards work, for instance, in my native Denmark and neighbouring Sweden, which are united by similar languages and a long interwoven history. The stereotypical board meeting in Denmark is more confrontational than in Sweden, while the latter is more consensus-driven than the former. Neither should you imagine a similar tone in boardrooms on the Arabian Peninsula and those in Western Europe and North America.

Nicolai Tillisch is the author of Effective Business in the Gulf and a coach to boards, management teams, and executives and the regional partner of The Leadership Circle.