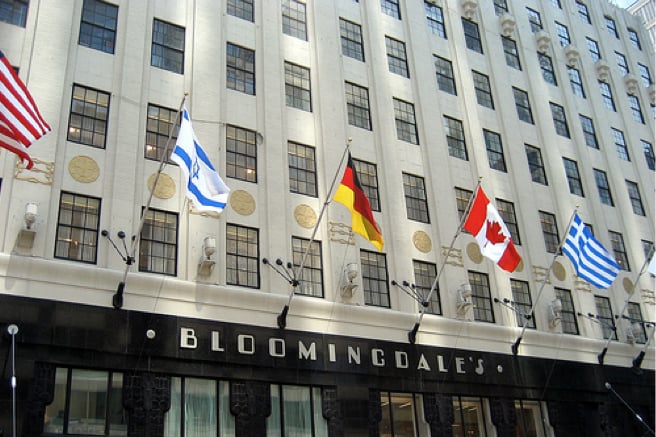 US department store giant Bloomingdale’s is to open another Middle Eastern store at Kuwait’s 360 Mall, it has been confirmed today.

The high-end clothing and accessories chain will launch its second international store in spring 2017.

Once complete, it will become the chain’s third store in the Gulf Corporation Council – assuming new divisions of Macy’s and Bloomingdale’s are launched at Al Maryah Island in Abu Dhabi by 2018.

Last October, Gulf Business exclusively revealed that Bloomingdale’s and 360-owners the Tandeen Group were in talks to open the shop, though the former denied it at the time.

Bloomingdale’s chairman and chief executive officer Tony Spring said: “Kuwait is one of the world’s most sophisticated and upscale fashion markets, and Bloomingdale’s is excited to serve new and existing customers from Kuwait. We believe we will bring a new dimension in fashion and style for which Bloomingdale’s is known worldwide.”

Tamdeen Group chairman Mohammed Jassim Al Marzouq added: “With the opening of Bloomingdale’s at 360 MALL, we are bringing one of America’s most iconic department store brands to the country. We are delighted to welcome Bloomingdale’s to our mall and we are confident that their presence here will create enormous synergies for both brands. 360 MALL is Kuwait’s most sophisticated retail offering and the presence of Bloomingdale’s will further enhance our positioning.

“The choice of Kuwait as only the second international location for the brand bears testimony to the savvy Kuwaiti consumer and their interest and familiarity with the latest global luxury trends. We are sure that the new store will be a huge success and look forward to the opening.”

The store will be managed and operated by Al Tayer Group, under a licensing agreement.

By 2019, the 360 Mall will be transformed into a 122,000 square metre-complex combining retail, hospitality, entertainment and sport through the building of the Sheikh Jaber Al Abdullah Al Jaber Al Sabah International Tennis Complex.

Upon its opening, the tennis arena will possess combined stadium seating for more than 7,600 people across two main arenas, eight indoor courts with more than 500 seats and eight outdoor courts with 1,500 seats. It is hoped the ATP Champions Tour will be the stadium’s first major competition, followed by the preeminent Association of Tennis Professionals and Women’s Tennis Association.

Keeping up with the GCC trend of mixing retail with hospitality, the 40,000 square metre expansion will also include a 261-room hotel when it opens in 2020.