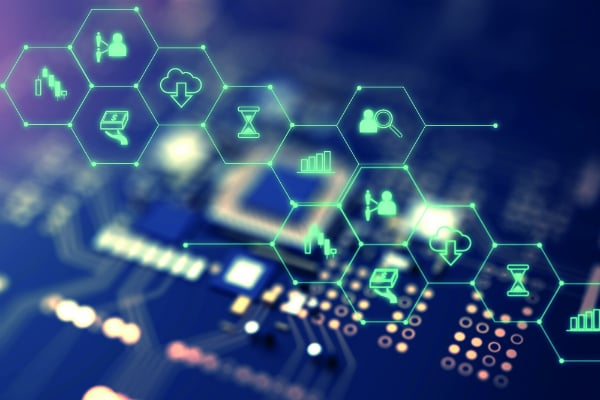 If you haven’t heard of the word blockchain in the Dubai business scene over the last 12 months you have likely been asleep.

In many respects the term, referring to the database technology behind crypto currency bitcoin, has become the new buzzword for technology innovation in the emirate as it seeks to play a leading role in its development.

For the supporters the benefits of using blockchain are clear. The technology is essentially a distributed ledger where every transaction or input is recorded in a tamper and revision proof record shared between all parties.

“Blockchain has the power to transform roles and professions: consumers can trace the origin of their food; bank regulators have real-time access to information about commercial real estate loans in default,” says Aamer Rana, partner at IBM Global Business Services.

“Blockchain-based systems will radically improve entire industries, from banking and insurance, to real estate, public records, supply chain, travel and transportation, media and entertainment to supply chains. But its impact could be even broader.”

Exactly what blockchain would mean for Dubai was not entirely clear when the emirate announced the formation of the Global Blockchain Council – comprising UAE banks, blockchain technology firms and international companies – in February 2016 with the intention of becoming a centre for the technology.

However, each month has offered new clarity and reasons for businesses to get involved. Most noticeably when Crown Prince of Dubai and chairman of Dubai Executive Council, Sheikh Hamdan bin Mohammed bin Rashid Al Maktoum, declared in October 2016 that blockchain would be used for all government documents by 2020.

The next year some of the early use cases started to emerge. In February, IBM teamed up with Dubai customs and trade agencies for a system to provide real-time information about the state of goods and the status of their shipment. The firm also confirmed partnerships with companies including UAE telco du, Dubai’s largest bank Emirates NBD, Spanish lender Banco Santander and Dubai-based logistics firm Aramex.

And the next month the government-run Smart Dubai Office announced the selection of IBM and Consensys for a plan to implement blockchain across the city.

The first stage saw Smart Dubai conduct workshops with government, semi-government and private organisations to identify services that can benefit the most from blockchain technology. We have since seen public and private sector organisations roll out projects of increasingly complexity.

One database system now in the initial phases at Dubai Land Department will eventually allow tenants and buyers to conduct transactions without physical documentation.

The DLD system will use a blockchain database to record all real estate contracts, including lease registrations, and link them with Dubai Electricity and Water Authority (DEWA), the telecommunications system and various property related billing systems.

The first phase will see the building of a personal tenant database using Emirates ID cards and residency visas to allow renters to make payments electronically without the need to write cheques, print papers or visit a government entity.

Later stages will see the technology used in banking, mortgages, utilities, maintenance and other areas.

The first participant in the scheme, Al Wasl Asset Management is allowing tenants to renew lease contracts via blockchain through a partnership with enterprise software firm SAP. Tenants can access the system, enter their details, make payments through bank Emirates NBD and complete the process once cheques are received and verified by the bank.

“We see blockchain as an enabler to do business in a different way in a more trusted way and more transparent way and being able to address domains that currently are costly by reducing costs, increasing transparency and reduce errors,” says Hichem Maya, head of industries at SAP MENA.

He believes Dubai’s ambition to become a blockchain hub and its 2020 goal are key drivers to encourage adoption.

“It’s a very bold statement and Dubai is very visionary. Revealing this statement will catalyse everybody to conform themselves with it and apply it and drive towards having different entities running on blockchain.

“So it’s a matter of if it will be done but we just need to do it and find a way to do it.

Others too are showing the potential of the technology. In November, dnata’s cargo operations, Emirates Innovation Lab, IBM and flydubai cargo said they were testing blockchain technology to improve the transparency and simplicity of processes.

The jointly developed logistics platform proof of concept has been implemented for supply chain transactions from a purchase order from the origin to delivery to the consignee warehouse at its destination, creating a digital public ledger of transactions to share amongst a network of computers.

These and other examples are proving the potential of blockchain amid expectations of wider government adoption.

A study by IBM’s Institute for Business Value (IBV) found nine out of 10 government organisations plan to invest in blockchain for use cases ranging from financial transaction management, asset management, contract management and regulatory compliance by 2018. Of these, nine out of 10 Middle East and Africa government executives see contract management as the greatest potential new business model as it would bring complete visibility to the failure of any party to meet a deadline or complete a task.

“Dubai is at the forefront of adopting transformative technology and these findings indicate that blockchain adoption is sure to accelerate over the coming year in the region,” says Rana. 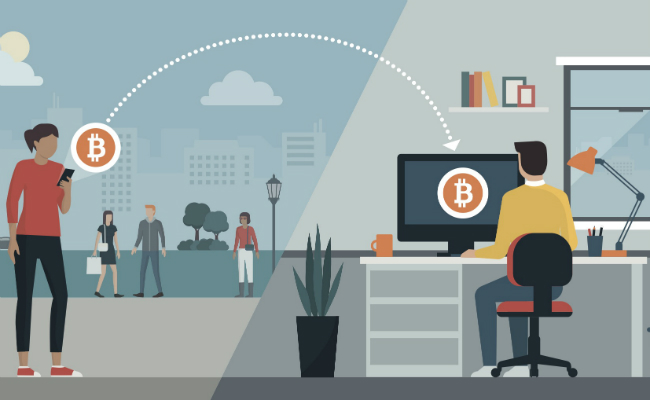 Other warns the path ahead for the technology may not be as simple as clear-cut, amid concerns it is being overhyped.

Ali Merji, research director for Gartner Industry Advisory Services – banking and investment, says the technology should be approached with a critical eye.

“In the GCC, we have seen use cases using blockchain for international money transfers to shareholder records. Most of the enterprise efforts are proofs-of-concept, experiments, and trials, so there are no practical case studies yet,” he says.

In addition, he stresses that although the technology has the potential to be “disruptive and transformational across industries” it is unlikely to do so before 2022.

“We expect blockchain adoption to take time, over five to 15 years, until it is truly mature and productive. Gartner predicts that through 2022, only 10 per cent of enterprises will achieve any radical transformation with the use of blockchain technologies.”

Among the challenges he sees holding back the technology are its lack of maturity and in turn the limited realisation of the benefits it can bring to high-level business processes and company operations.

For now, he suggests companies are busy “blockchain washing” or using blockchain to improve current processes where it can work rather than “where it is needed”.

Furthermore, Merji stresses some degree of scepticism when looking at both the benefits of blockchain and whether projects claiming to use it are actually doing so.

“There are a lot of projects called blockchain, in order to get funding, that do not use blockchain at all. We predict that through 2020, 80 per cent of enterprise blockchain-based applications whose goal is to save money will fail to do so. Just because blockchain works, does not mean that it is needed or that it is best suited to the task,” he argues.

Another distraction in the market is the technology’s association in some instances with initial coin offerings – an unregulated means through which start-ups are raising money for crypto-currency ventures. During the campaign these firms sell a percentage of the crypto-currency to early backers in exchange for cash and other legal tender but usually bitcoin. Backers hope the currency they receive will increase in value should the venture prove successful.

Given the momentous rise of bitcoin in 2017, swelling by more than 500 per cent to reach nearly $19,000 in December, smaller firms are undoubtedly willing to cash in on the hype and the inflated expectations of investors.

“It is important to recognise that there is extreme volatility in the ICO market, and there are considerable operational risks in terms of participation,” Merji adds.

Outside of this area, other more traditional hurdles exist including a willingness to invest at a time when budgets in some industries are stretched.

“The value needs to be proven for our clients. So if you speak to customers that have established for years and years specific business processes like how to do business with a different partner, client, supplier or contractor, getting them to move now into blockchain of course needs a business case,” says SAP’s Maya.

“That is an investment from their side and on the other side you need to explain the business value behind what does it mean, are there any economies you can do, any savings you can do or scale you can leverage, can you reach to a broader community, enter into new markets or move processes into blockchain to interact with governments. All this needs to be clearly defined.”

As he is quick to point out though, the backing blockchain has received thus far –particularly given Dubai’s 2020 commitment – is far more significant than that many other emerging technologies like artificial intelligence received in their first few years. And, as a result, he is confident it will reach the “mainstream” much faster than other technologies.

Whichever side of the argument they are on though, clearly no one would disagree we have far from heard the last of the word blockchain quite yet.