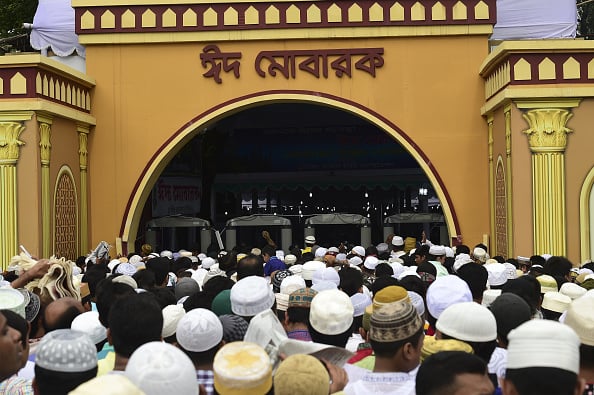 Suspected extremists have attacked a huge  Eid prayer gathering in northern Bangladesh on Thursday, killing at least four people including two policemen, according to reports.

Police and media reported an explosion and gunfire near a prayer ground in the northern Kishoreganj district as at least 200,000 people took part in a service to mark Eid Al Fitr.

The newest attack comes just only days after the mass murder of 20 hostages in the capital Dhaka during a 12-hour siege at a popular restaurant.

Local television station Somoy  broadcast footage of a gunfight between police and a group of attackers and reported the policeman had been hacked to death.

“They threw a bomb at a police checkpost. A police constable was killed in the explosion. One attacker was killed,” Mahbubur Rahman, a police officer in the district control room, told the AFP news agency.

An unconfirmed number of attackers were arrested, officials told Al Jazeera and there was no immediate claim of responsibility for the attack.

Bangladesh has been on a heightened state of alert since the attack lastFriday and many services that were held to mark the start of Eid included pleas from religious leaders for an end to the violence.

There have been a wave of attacks this year, many of which have been claimed by ISIL or an offshoot of the Al Qaeda network.