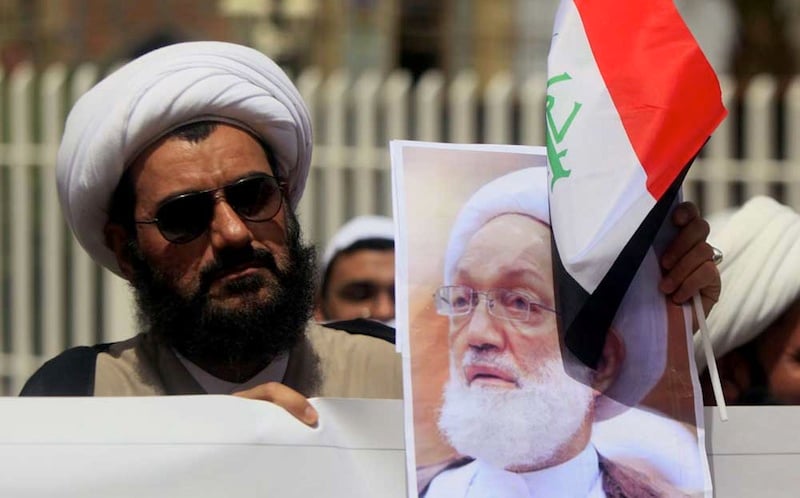 A blast in the home village of a Shi’ite Muslim spiritual leader in Bahrain has killed a member of the security services and wounded two others, Bahrain’s Interior Ministry said on its Twitter account on Sunday, blaming “terrorists”.

There were no more immediate details on the blast in Diraz village, which is home to Ayatollah Isa Qassim and has been a flashpoint for violence. Five people were killed during a police raid on the village on May 23.

The government said the aim of the raid in May was to arrest suspected militants and others wanted on security charges. At least 286 were detained as they confronted advancing police, who used tear gas and birdshot.

Activists from the country’s Shi’ite Muslim majority accused the Sunni-led authorities of using excessive force to intimidate the sect and its spiritual leader. A U.N. human rights chief has urged an investigation into the raid, which he called a crackdown on dissent.

Qassim faces expulsion from the kingdom after authorities revoked his citizenship last year for alleged links to Iran and fomenting violence, charges he has denied.

The raid and subsequent arrests increased tensions in Bahrain, days after U.S. President Donald Trump said Washington’s relationship with the kingdom would improve.