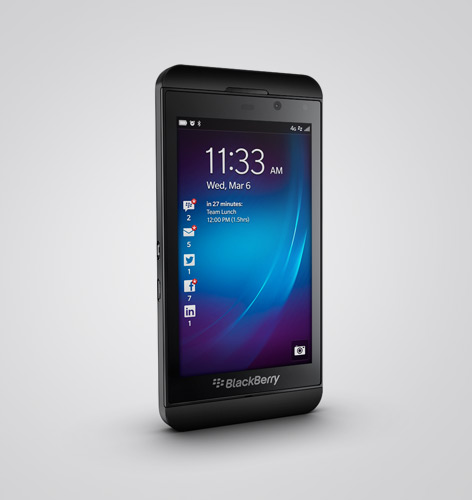 The all-new BlackBerry Z 10 will be launched in the UAE on February 10, with the company’s new BB Q10 expected to arrive in the second quarter of the year, it was announced on Wednesday.

In a glittering launch party held in six cities around the world, including Dubai, Research In Motion (renamed BlackBerry), released the much-awaited smartphones to much applause.

“This is the phone for the true multi-taskers, who need a to flow seamlessly and strike a balance between their personal and professional lives,” he told the audience across the world in a live video broadcast from New York.

“Every feature, every gesture, and every detail in BlackBerry 10 is designed to keep you moving.”

The BlackBerry 10 has a responsive and easy to use interface, and some of its main features include: the BlackBerry Hub, a single place to manage all your conversations, BlackBerry Flow, which enables smooth movement between the features and apps, an enhanced BBM, which allows you to share your screen with another BB10 user, and a new BlackBerry Balance technology, which separates work data from personal content on BB devices.

BlackBerry also said that it has already secured over 70,000 apps for BB 10 including Skype, Facebook, Angry Birds and Whatsapp, among others.

The price for the BB Z10 in the UAE will vary between du and Etisalat, but unsubsidised, it will retail for Dhs2,599. The carriers are expected to announce pricing packages in the next two-three days.