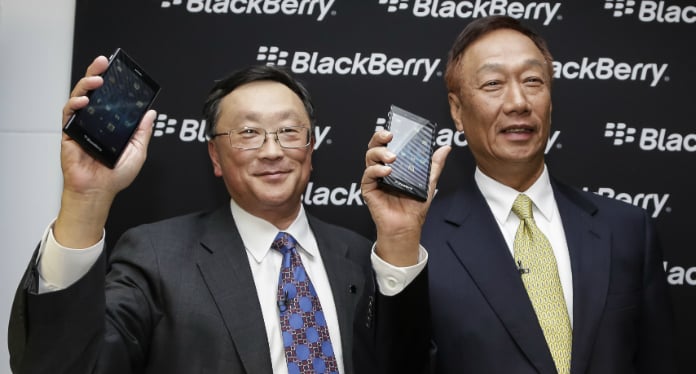 BlackBerry will launch two new smartphones this year including the Z3, aimed specifically at the Indonesian market, and the Q20, a QWERTY smartphone that runs on BlackBerry 10, it announced at the Mobile World Congress in Barcelona.

The Canadian firm also revealed a new enterprise solution, the BES12, an upgrade from the existing BES10 and BES5 platforms, and Enterprise BBM, a mobile messaging targeted at corporates.

“We have engineered a new strategy to stabilise the company and restore our customers’ confidence in BlackBerry,” said John Chen, executive chairman and CEO at BlackBerry.

“The announcements made during Mobile World Congress demonstrate that BlackBerry is looking to the future and bringing solutions to market that matter most to our customers.”

The Q20, touted by the CEO as the “classic BlackBerry”, features a 3.5 inch touchscreen, and a keyboard with frets and sculpted keys.

Speaking to Gulf Business, John Sims, the recently appointed head of Enterprise at BlackBerry, said that both the Q20 and BES12 will be released before the end of year.

“The Q20 is targeted at the BlackBerry OS6, OS6 and OS7 older users who love their Bold but don’t have anywhere to go. The key difference between the Q20 and the Q10 is it has a bigger screen and also has the buttons that people are used to. We think this will make a big difference to people and build their affinity to the device,” he said.

“We are also working with our distribution partners to make sure that there is more hand-holding of users in the early stage to ensure that users start to become comfortable with the devices,” he added.

The Z3, an affordable 5 inch all-touch smartphone will be launched in Indonesia this April, and will later be sold in other South East Asian markets. It is the first product to emerge from the company’s strategic partnership with Foxconn.

The Canadian manufacturer has been struggling since its much-hyped BB Z10 and Q10 phones launched last year failed to appease customers, with the company reporting poor sales.

This time around, the company is more focussed and careful, said Sims.

“We are trying to learn from some of the things in the past and trying to get it right this time around,” he added.