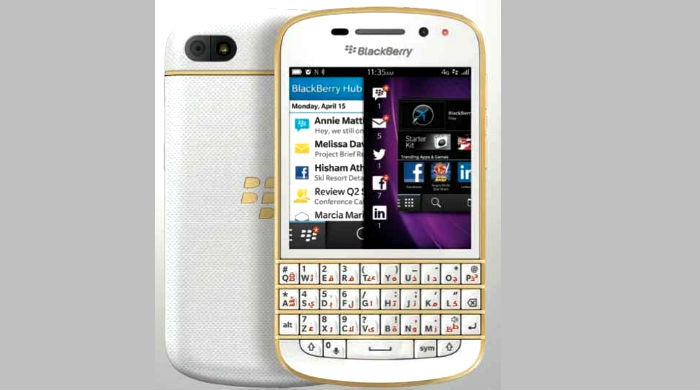 BlackBerry has announced the launch of the special edition gold and white BlackBerry Q10 for customers in the UAE.

The smartphone, priced at Dhs3,799, will be available in white with a gold coloured stainless steel frame and includes a gold-accented headset and leather sleeve. The special edition smartphone will also feature a range of unique BlackBerry PIN numbers.

The new device will be available at the official BlackBerry retail store in Dubai Mall from August 19.

Canadian phone-maker BlackBerry, which is struggling against rivals Samsung and Apple, introduced its new BB10 operating system in January this year, releasing the BlackBerry Z10 touchscreen phone and the BlackBerry Q10 devices.

But so far, BB10 has failed to provide the company an extra edge over its competitors, and earlier this month, BlackBerry said its board had formed a “special committee to explore strategic alternatives to enhance value and increase scale in order to accelerate BlackBerry 10 deployment.”

“These alternatives could include, among others, possible joint ventures, strategic partnerships or alliances, a sale of the company or other possible transactions,” a statement said.