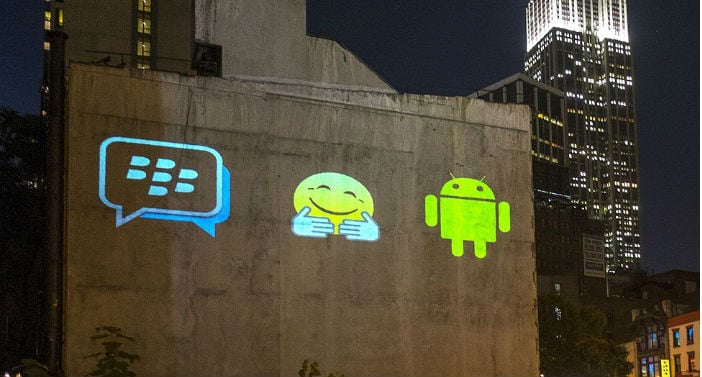 BlackBerry has started the rollout of its popular BlackBerry Messenger (BBM) service for Android and iOS users across the world, the company announced.

The service will be made available in a phased manner as about six million people have pre-registered for the app, and the company wants to ensure a “smooth roll out” it said. Interested users need to download BBM, install the app, and enter their email addresses. They will then be “placed in a line”. As soon as they reach the front of the queue, they will receive an email notification and can start using the service.

“We want to make sure that the end user has the right experience,” said Mike Al Mefleh, director of Product Management, Middle East at BlackBerry, speaking on the sidelines of the Gitex exhibition in Dubai.

There is no stipulated timeframe for the process at the moment, he said.

“It depends on the number of people who have registered and are in line ahead of you. We are delivering the service to hundreds and thousands of people and now millions have shown interest and excitement for this,” said Al Mefleh.

“We are only doing the staging in the introductory period – in the future the download will be immediate.”

Features include BBM Chat with the standard ‘delivered and read’ updates, file sharing and BBM Groups. BBM will continue to only use PINs to protect personal information, the company said.

“BBM has always been strong and people have confidence in us. It was not launched as an app, but was part of developing the platform itself. So flexibility and security have been taken into account,” said Al Mefleh.

But with cross-platform messaging services such as WhatsApp steadily gaining traction, how will BBM compete and gain a stronghold in the wider market?

“People wanted BBM and that’s why we have introduced it,” stated Al Mefleh.

“The service offers immediacy, and maintains your privacy and security – so nobody needs your phone number, they only require access to your PIN. Nobody knows if you are offline, online or the last time you were online. Those are very important elements.

“Also, in terms of features, we provide grouping, avatar, profile and we have talked about introducing new BBM channels including video and voice. There is still a lot still to come. It is a solid networking application.”

Currently, the majority of BBM customers use BBM an average of 90 minutes per day and collectively send and receive more than 10 billion messages each day.

“BBM has always been great in the Middle East. We think penetration rate on an average stands at 98 per cent across the region, at 99 per cent in Saudi Arabia and at 97 per cent in Kuwait. That’s why we see a lot of excitement over BBM going cross platform.”