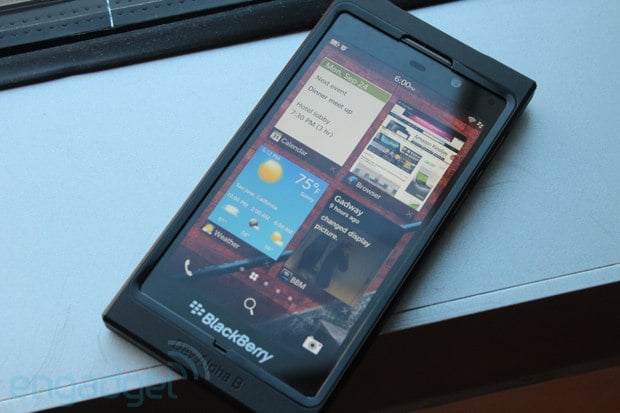 Research In Motion (RIM) is only hours away from launching its new range of BlackBerry smartphones, which experts say could decide the future of the Canadian company.

The new Blackberry 10 has been dubbed as RIM’s make or break phone, and has created quite a buzz among gadget lovers.

Globally, RIM has been rapidly losing marketshare to its main rivals – Apple’s iPhones and Android-based OS phones. According to data from Strategy Analytics, the firm’s global share of the smartphone market stood at about 3.4 per cent in the fourth quarter of 2012, down from around 20 per cent three years ago.

Although RIM has remained hush about the new smartphones, leaked reviews state that the BlackBerry 10 devices, powered by an all-new operating system, include a new user interface that resembles Android and Apple iOS screens.

RIM’s touchscreen device is also reported to have a quick browser speed and easy-to-navigate interface.

The company has also built up a database of around 70,000 apps for the new Blackberry 10.

The new service lets users call and speak to each other over an internet connection.

However, according to reports, the new phones may not come with the BBMV service in the UAE, because of objections raised by the country’s telecoms operators.

Etisalat and du believe that their revenue streams maybe affected by the BBMV service, reported the Wall Street Journal, and currently RIM is still negotiating the issue with the Telecommunications Regulatory Authority (TRA).

With the UAE boasting several loyal RIM customers, the firm will be eager to provide the best options of its much-awaited device.

That said, perhaps one of the big questions that everyone is asking is – how much will the new phones cost?

The look, feel and price will, to a large extent, determine RIM’s future in the crowded smartphone market.