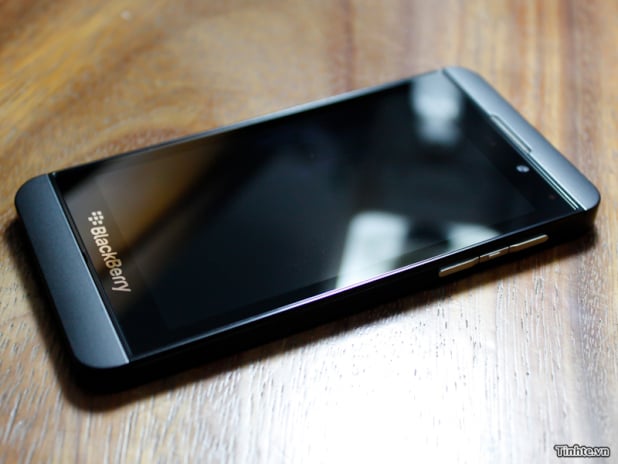 BlackBerry fans in the UAE are eagerly awaiting the release of Research In Motion (RIM’s) new line of BlackBerry 10 smartphones, set to be launched in Dubai, along with five other global cities, on January 30, say retailers.

“We’ve certainly seen the press create a buzz around BlackBerry 10 at the moment,” said Ashish Panjabi, COO of Jacky’s Group.

“There are a lot of people waiting impatiently at the moment for BlackBerry to announce their new device line up because from the time RIM announced it’s last flagship device (Bold 9900), we’ve seen Apple introduce the iPhone 4S and iPhone 5, Samsung introduce the Galaxy S3, Galaxy Note and Galaxy Note II,” he added.

“Customer buzz for what promises to be one of the years’ top tech events is reaching fever pitch,” mobile retailer Axiom Telecom said in a statement. The retailer has announced that UAE customers will be able to pre-order their BlackBerry 10 device from January 31, and that the in-store sales will also start soon.

“I’ve been interacting with customers every day for the past few months about the BlackBerry 10 launch and, having experienced the device first-hand, I have assured them to expect something special,” said Axiom Telecom CEO Faisal Al-Bannai.

Although RIM has remained hush about the new smartphones, leaked reviews state that the BlackBerry 10 devices, powered by an all-new operating system, include a bold new user interface that resembles Android and Apple iOS screens.

A unique feature is that RIM has merged homescreens, widgets, app lists and an inbox into the interface, making it easier to navigate for users.

RIM has also been building up a database of thousands of new apps for the BlackBerry 10 line-up, and reportedly hopes to have at least 70,000 apps in place before the launch.

The new range of devices is expected to witness strong sales in the Middle East once launched, say retailers.

“Affection and loyalty for BlackBerry remains as strong as ever in the Middle East,” said Al-Bannai.

“BlackBerry 10 should do well in the local market as RIM has traditionally positioned themselves well ahead of most of their competition till date locally,” agreed Panjabi.

“The main attraction has of course been data plans where we’ve seen both du and Etisalat offering packages starting from as low as Dhs50 per month, which at the moment is cheaper than data plans you get with any other platform locally,” he said.

Globally, RIM has been losing marketshare to its rivals – Apple’s new iPhones and Android-based OS phones.

“The advantage for RIM is they have a huge base of customers [in the UAE] still using BlackBerry devices and it’s always easier to sell to consumers using your platform than those on rival platforms,” said Panjabi.

“This is a challenge that RIM is going to have to fight a lot harder in other parts of the world where their share has dropped far more drastically than it did in the UAE.”

Going ahead, although RIM wants to position itself as the third OS, it will face an uphill battle against Apple’s iOS and Google’s Android platform.

“With BlackBerry 10, RIM will at least settle the playing field in many respects as they should have a user experience that starts to match that of the other platforms,” said Panjabi.

“The move to an all-touch world is going to be something RIM will have to adapt themselves to as their track record till now with all touch devices has been far from stellar. This is clearly where the market is going and they’ve worked on their keyboard experience for example to ensure that they’ve made created a USP for themselves.

“RIM has also adopted more focus on consumer segments by improving their camera technology as they’ve now realised the success of Apple and Samsung has come from consumer channels, not enterprise. This change in approach by RIM should hopefully see them maintain their share but trying to gain share is heavily dependant on what new devices they come out with and how these stack up against future generations of Apple, Samsung or Nokia devices,” he added.