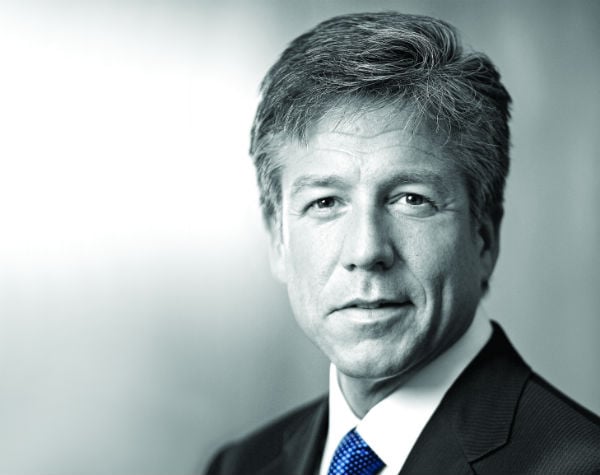 Speaking in firm, all-American tones, Bill McDermott sounds like a man that should run the world’s largest business software company.

“You see, I’ve literally covered every corner of the world this year,” he says as if he’d just done something far more quotidian – such as getting lunch.

“In the last few weeks, I’ve been to Brazil, South Africa… and the Middle East,” he adds, pausing to mentally flip through the countries he may have missed.

Just over two years ago McDermott was appointed co-CEO of German software firm SAP, alongside Jim Hagemann Snabe. And, together, they have turned the company on its heels.

SAP’s annual revenue in 2011 was €14.232 billon, making it the biggest business software company in the world by sales. For the first six months of this year, SAP has booked €7.25 billion in revenues (up 15 per cent) and an operating profit of €1.55 billion (up seven per cent).

McDermott tells Gulf Business: “Since we established the new executive board, we’ve more than doubled the market of the company and created 23,000 new jobs. Our revenue growth has exceeded shareholder expectations and we’re on track with our 2015 vision to be a €20 billion, 35 per cent operating margin company – touching one billion people with our software.”

SAP’s software manages business tasks such as sales, accounting and inventory for around 180,000 customers globally. But McDermott is pushing hard for new revenue streams from products for mobile devices, speedier data management technology, and cloud computing.

Particularly close to the co-CEO’s heart is HANA – that’s real time database analytics technology to you and me – which the company expects will bring in around €320 million in real time sales this year.

“I know we have [better products than the competition]. Customers today have to run in real time and they have to have data to enable them to make effective business decisions on the fly. Our software is causing companies to rethink the way they take advantage of the consumer revolution that’s going on across the world,” he says.

To achieve its ambitious targets for 2015 and edge out formidable competition from US business application software rival, Oracle, SAP has been on a necessary acquisition spree. It bought Sybase Inc, a maker of database and mobile software, for $5.8 billion in 2010 and fluffed up its cloud computing capabilities with the acquisition of Success Factors, a human resources software firm, for $3.4 billion in 2011.

“You have to get out there and lead and take charge of the situation. The world has plenty of managers and politicians, but we don’t have enough leaders – people that recognise the ecosystem and the value that they create for the world to make it better,” the software boss says.

“I’m redoubling my efforts and focus to recognise that you have to constantly keep reinventing yourself. Keep rethinking what it is you’re trying to do, keep getting better every day, so that nobody catches you.”

Nobody can deny that the co-CEO is a man with a vision. And with a $450 million investment tag over the next few years, the MENA region is next in line for a dosage of SAP focus.

As such, McDermott is not a man to talk himself down: “I don’t hear of other companies talking about that size of investment [in the region].

“Coverage is the biggest challenge in the Middle East. The opportunity far outstrips our ability to cover it all. We are reaching out to the ecosystem, universities, governments and the private sector to co-innovate with us and invest in the knowledge transfer required to scale this marketplace.”

In August this year, SAP announced an agreement with Dubai Silicon Oasis Authority (DOSA) to invest millions of dollars in a software training and development institute aimed primarily at Emiratis and regional talent.

In a first of its kind move, SAP MENA expects to train about 2,000 IT consultants by 2015. The institute will be based at DSOA and aims to start training its first Emirati candidates this year.

Middle East and Africa enterprise IT spending across all industry markets is forecast to reach €70 billion in 2012, a 6.3 per cent increase from 2011 spending of €66 billion, according to Gartner.

McDermott says that the bulk of the new revenue will stem from three key trends.

“Mobile is the new desktop, when you think about the emerging middle class between now and 2030, the sector will add another three billion people into the buying class of the world and they are going to buy on-the-fly on the mobile. You’ve got to be mobile – it’s a huge, huge trend,” he says.

“There’s going to be a complete total movement to real time enterprise. Companies today cannot rely on spreadsheets and legacy data; they have to have real time insight to better serve their customer, shareholder and employee interests. HANA will be probably the biggest technology in a quarter of a century.

“Finally, cloud is a deployment model that will radically reduce hardware and services so companies can invest in software that matters instead of old tired commodities.”

While SAP may be gunning for the Middle East region and other emerging markets, McDermott admits that the bulk of revenue still comes from the West.

“We have bucked the [downwards] trend of global technology companies and I think it’s because we have the software that customers want.

“Even if times are lean, you have to automate your supply chain. Companies have now come to the clear recognition that an investment in software is an investment in innovating the business.”

As the boss of over 61,000 employees globally, McDermott says processes and profits will never trump people, no matter how good his software is.

“We’re living in a world of permanent uncertainty, but the one thing you can control is you can lead. Nothing can replace the power of people.

“When people have trust in their companies they can do anything. In business and in life, I would encourage people to be authentic. Admit it when you’re wrong, pick yourself up off the ground and do better.