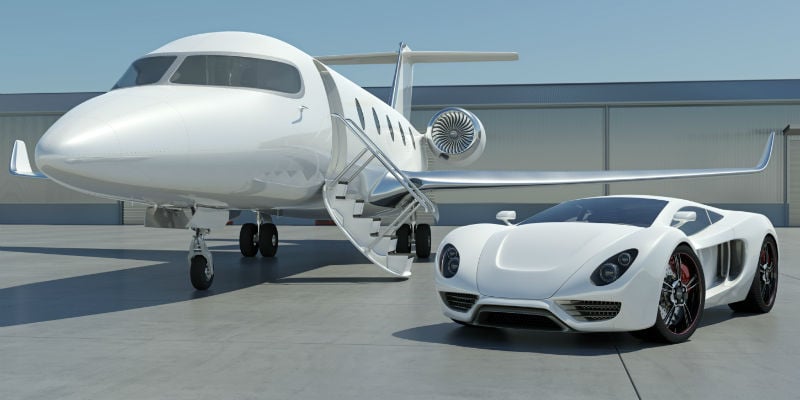 Billionaires maintained their wealth over the last year using money management teams to ride out the economic turmoil, while millionaires saw their riches dwindle, according to a report by research firm Wealth-X.

The World Ultra Wealth Report found millionaires effectively became poorer as those with at least $30 million – 187,380 people – saw their collective riches tumble by 1.8 per cent.

Wealth barons with between $200 million and $499 million in the bank were the hardest hit – if you can call it that – with a loss of 11.4 per cent to their wealth. The total number of people in the price range also fell by 9.9 per cent.

The world’s richest though were untroubled by the global economic turmoil as the total number of billionaires rose 9.4 per cent to 2,160 people with their combined wealth totaling $6.2 trillion – a rise of 14 per cent.

Mykolas Rambus, Wealth-X’s chief executive officer, said: “Even at a billion or two billion, they have a much larger entourage, they have much more in the way of investment advice. They certainly get the attention of every major bank.

“This was the issue about that mid tier, the $100 to $500 million risk land. I don’t think it appears these guys employ enough talent to help their own portfolios plus their holding companies to be successful,” said Rambus, speaking to Reuters.

The study showed the world’s wealthy elite are looking to new shores to invest their money and investments in private companies, commodities and property are being favoured over speculative investments of old.

Asia saw the worst regional loss of wealth – blamed in part on weak equity markets – with a drop of 6.8 per cent to $6.25 trillion.

The affluent, turning away from their traditional safe havens, saw their fortunes grow in North America and Oceania.

Wealth-X’s report, which used data for the year through July 31, said Asia’s fortune will return as will its riches thanks to the region’s financial systems and economies.