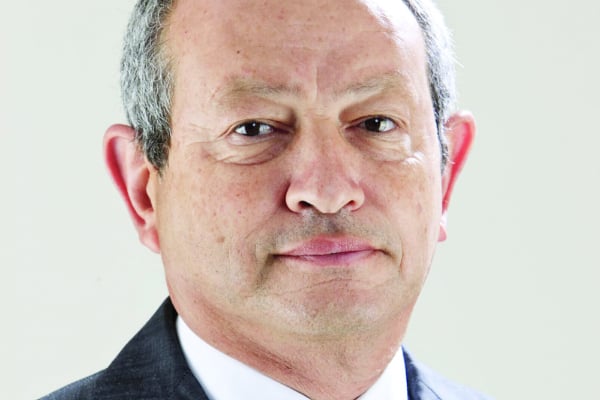 One of Egypt’s richest men has long coveted a role in his nation’s gold-mining industry. Now, a shakeup in regulations and a potential auction of new licenses could give Naguib Sawiris a shining opportunity.

The Egyptian government “already started talks with us as well as other companies to promote the new tender,” Sawiris, the chairman of La Mancha Holding, said in a phone interview.

“We are willing to participate in any area that could be promising.”

He didn’t specify which of the firms he’s involved with would submit bids.

The North African country, where the mineral wealth remains largely under-explored and undeveloped, will announce its first exploration tender in about three years by March, according to a person with direct knowledge of the plans.

It’s Egypt’s latest drive to spur investment in the sector, after enacting rules last month that limit royalty payments and drop the requirement that miners form joint ventures with the government – steps foreign companies have long complained about.

Ramping up gold output would be a future source of growth for the economy, which is emerging from a sweeping International Monetary Fund-backed reform program.

Sawiris, who hails from an industrialist family, made his name investing in telecommunications in Egypt as well as frontier markets such as Iraq, Pakistan and North Korea.

Egypt’s second-richest person, with a net worth of $5.1bn according to the Bloomberg Billionaires Index, Sawiris’ closely held gold-miner La Mancha is the biggest shareholder of Toronto-listed Endeavour Mining Corp., which operates in Ivory Coast, Burkina Faso and Mali.

Egypt’s last exploration tender in 2017 attracted little appetite from international companies and was shunned by gold producer Centamin Plc, operator of the country’s only active gold mine, Sukari.

Sawiris, who has said he’s put as much as half of his wealth into gold, has seen his dreams of gold-mining in Egypt hit obstacles before. Endeavour’s recent $1.9bn offer to take over Centamin was rejected by the company, which said the amount fundamentally undervalued its assets.

“The new regulations are more favorable and more realistic and would attract foreign investments to the sector,” said Sawiris.

The government is planning a roadshow in Canada next month and will promote the new opportunities at a global mining conference, according to the 64-year-old, whose brother Nassef is the chief executive officer of OCI NV and the country’s richest man.

Aton has identified gold and base metal exploration targets in the Abu Marawat concession of the Arabian-Nubian Shield region.