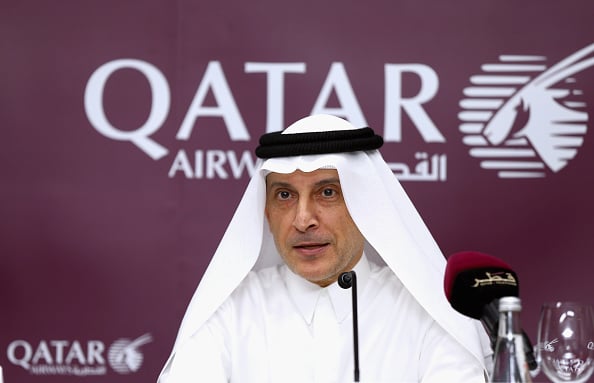 The big three US airlines – Delta, American Airways and United – which are lobbying against the GCC airlines, are “self-centred” and “not loyal to their own country”, the CEO of Qatar Airways has said.

Speaking on the sidelines of the Arabian Travel Market exhibition in Dubai, Akbar Al Baker said that he was not worried about the Trump administration siding with the three US airlines, which have been demanding an end to the country’s open skies agreement with Qatar and the UAE.

“Trump is a wise individual and a very good businessman and will not buy into their [the airlines’] bullying,” he said.

“The three carriers don’t represent the US. They don’t serve the country’s foreign diaspora. They are self-centred and swindle their customers,” said Al Baker.

“They are not loyal to their country and should be ashamed of themselves,” he added.

The US airlines accuse the GCC airlines of receiving unfair government subsidies – an allegation that has been refuted by Qatar Airways, Emirates and Etihad Airways.

“We invest heavily in the US and create local jobs,” said Al Baker.

Baker’s remarks came even as the airline announced an additional new route to the US city of San Francisco, set to become its 15th US destination.

The addition of the route comes even as the GCC airlines grapple with a US ban on laptops and other electronic devices onboard the cabin.

Al Baker said the ban had led to only a “manageable” decline of about half a percentage in passenger traffic, with loads still at around 75 per cent.

He also reiterated his view that the ban was not “commercially motivated” and that it had to do with security measures.

But he stressed that security at the Doha airport was of the highest standards.

“Terrorists will look for the weakest point and there are many others,” he said, without revealing names of countries or cities.

Al Baker also affirmed that Emirates, Etihad and Qatar Airways were not approaching the US government jointly to discuss lifting the ban.

Looking ahead, the airline expects to post a “record profit” this year, Al Baker told reporters.

And with oil prices beginning to rise, passengers may also have to pay an additional amount as a fuel surcharge.

“We have a cushion [for oil price growth], but if the cost exceeds that, it will be passed on to the customers,” he said.