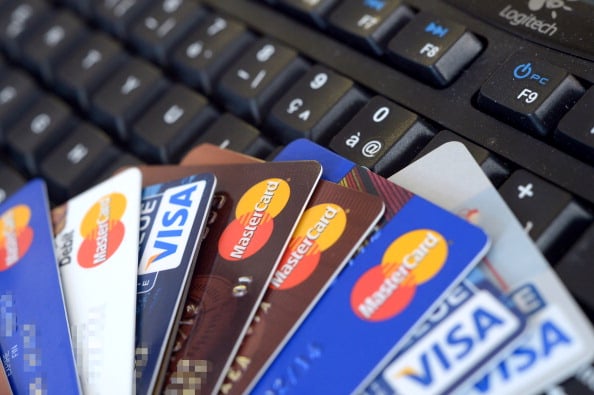 If you haven’t received a call of late from a pushy bank salesperson or ten, then you’re one of the lucky ones.

In March 2011, the UAE central bank placed a ban on banks and companies from cold calling individuals.

However, following a short hiatus, UAE residents are complaining once again of unsolicited calls from banks as the country’s rogue telemarketers take advantage of Dubai’s newly buoyant economy to push credit cards and savings plans.

“I receive one call a day every two days on average,” said DM, a 35-year-old Dubai-based management executive who wished to remain anonymous.

“I have been called several times by a representative firm, on behalf of my own bank. They seem to be unaware that I already hold a credit card with them that has an outstanding balance.

“It is irresponsible to push yet more lending onto users, let alone to customers within the same bank who already own a credit card,” she said.

Another hassled resident said that he receives a call from all the major banks at least once a week.

“I received four calls from Barclays in one week and I receive at least one weekly call from Standard Chartered, HSBC or Emirates NBD,” said Alan Millwell, another Dubai-based management executive who claimed that his own bank calls as frequently as the others.

This rise in the frequency of calls coincides with reports of banks recording an increase in consumer lending in the country, sparking fears of unregulated credit flows that existed before the recession.

Mashreq reported in its first half results that loans grew by 14.6 per cent while Emirates NBD’s customer loans touched Dhs231.8 billion in 2013, indicating a revival in consumer lending and borrowing.

While these calls are certainly a nuisance for consumers, the wider reaching consequences are far graver.

The survey also found that 60 per cent of UAE citizens spend a quarter or more of their monthly income on debt payments, while 48 per cent of respondents have loan payment obligations that exceed their income.

Most worryingly, a third of all people surveyed were found to have three or more credit cards – a key factor in accumulating debt.

Francisco Gomes, professor of finance at London Business School, said: “If the expansion in household borrowing is driven by a combination of poor financial literacy and lack of regulation, then the new level of spending is not sustainable and households will find themselves needing to scale back their debt and/or default on loans.

“This not only causes a loss in private welfare for those households, but it also will lead to a reduction in aggregate demand and therefore in overall GDP growth.

“If the government then has to intervene and bail out troubled households, banks or businesses, this will have its own additional cost on the economy.”

In another study by Compareit4me.com, a financial comparison website which evaluates loans and credit card options in the UAE, the survey found that more than half of the respondents admitted to maxing out their limits, while 42 per cent don’t pay more than the minimum repayment each month.

“If you are using credit cards to pay off other debts or if you are finding that you are only able to pay off the minimum amounts every month suggests that you have borrowed too much,” said Frances Walker, head of media relations and public affairs at Stepchange, a UK-based debt charity.

Walker said that credit card debt still constitutes the highest proportion of debts among their clients.

However, she added that the UK has put measures in place to help customers, including a notice on their monthly credit card statement noting the delay it will take to pay off debt if only the minimum payment is made.

For UAE residents, however, is it a different story.

Across all sections of society, the population is bombarded with various kinds of advertisements about credit cards, loans or investment schemes that enmesh them more deeply in debt. Most startlingly, credit card flyers have begun to appear on car windscreens and office worktops.

While the central bank’s ban on cold calling has succeeded in stemming the practice to some extent, the directive does not apply to financial firms that fall under the directive of the UAE’s insurance authority. These firms continue to place calls marketing various schemes, which range from savings to pension plans.

The central bank has not revealed what penalties (if any) will be unleashed for banks that flout the ban.

But judging by the increased spate of sales calls in the last few months, tougher penalities are needed to curtail the banks and relieve the nation’s growing consumer debt pile.