Betting On The Future | UAE News 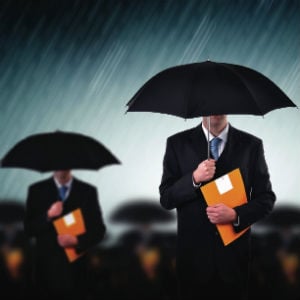 The UAE accounts for almost half of the insurance market in the GCC and is expected to grow at an annual rate of 19 per cent to reach $18.3 billion by 2015, according to a recent report by Alpen Capital.

“The prime driver of this growth is professional consultants who are advising on client’s risk exposure,” said Mustafa Vayazil, managing director of Gargash Insurance. “Medical insurance is also a growth factor; more and more employers are voluntarily offering health insurance to attract employees.”

According to Matt Waterfield, general manager, MENA, at Friends Provident International (FPI), there is a growing concern for individual financial futures among UAE residents.

“In the absence of any state sponsored pension arrangements for expatriate workers, it is vitally important that they make arrangements for ‘life after the UAE’ as they are – except in certain circumstances – unable to remain in the country when they retire,” he said.

“While this can be partly explained by the fact that many expatriates may have other insurance arrangements in their home countries, low penetration rate still indicate potential for growth,” said Mario Valdes, general manager of MetLife Alico.

India-based HDFC Life, a private insurance provider, recently announced the opening of its first international branch in Dubai. Under current regulations, the company is limited to only opening a representative office, but it soon hopes to launch full-fledged operations in the UAE, according to Anup Rao, executive vice president and head, Sales and Distribution at HDFC Life. “We will see that happening sooner rather than later,” he said. “The insurance market in the UAE has a growth rate of about 15 to 20 per cent – those figures are very appealing. It’s a great place to be in,” he added.

However, some industry players say that the scope for growth doesn’t necessarily mean that the market has space for new players.

“The UAE market is very fragmented with more than 50 insurance companies and consolidation is highly likely to happen in the near term,” said Valdes. “In fact, the prevailing global crisis and the intense competition, which is putting pressure on profit margins, may ultimately lead small insurance companies to experience profitability difficulties.”

The implementation of Solvency II capital requirements is also expected to have an impact on the insurance industry, according to Sameena Ahmad, managing director, Corporate Affairs at Alpen Capital. Smaller players may find it difficult to maintain solvency capital requirements, internal governance and disclosure rules, which could force them to consolidate, she said.

“The industry is saturated with numerous players and consolidation will bring about efficiency gains and economies of scale, reduce predatory pricing and increase profitability,” she added.

According to Valdes, the insurance market traditionally lacked product differentiation leading to intensified competition that in turn resulted in lower pricing. However, premium rates are also dependent on the sectors, he said.

“Premium rates in some sectors like health insurance have historically gone up in line with medical services inflation costs and this is expected to continue,” said Alen Capital’s Ahmad.

The bulk of the premiums paid for life insurance go towards the underlying mortality of a mature population and this factor varies very little over time, agreed FPI’s Waterfield. “The factors influencing other sectors such as motor insurance are very fluid. For example, improvements in road safety and legislation will influence the amount of premium charged,” he said.

To avoid competing on pricing levels, insurance companies have to propose innovative and customer centric solutions, said Valdes. Innovation and originality will be particularly important as traditional insurance companies in the country face competition from Islamic insurance or Takaful, a new and rising segment in the industry.

The GCC’s Takaful market has been growing at a rapid pace, increasing 31 per cent year-on-year in 2011 to reach $8.3 billion, according to E&Y estimates. The UAE’s Takaful market witnessed a CAGR of 135 per cent annually from 2005 to 2008 and currently ranks third in the global Takaful market after Saudi Arabia and Malaysia.

“There is no doubt that Takaful appeals to a certain demographic – it remains to be seen how this will affect the market for conventional business,” said Waterfield. “Having said that we have many thousands of Muslim policyholders who are comfortable with the concept of conventional life insurance and to date we have not seen any impact on our business due to the rising popularity of Takaful,” he added.

“Theoretically, there will be some kind of overlap between Takaful and conventional insurance but the Shariah insurance concept, which still requires enhanced support in terms of marketing, distribution and regulations, will most likely complement the traditional insurance market rather than adversely affecting it,” stated MetLife Alico’s Valdes.

Looking forward, the UAE’s insurance industry looks promising in the medium and long-term, according to Valdes, but the European debt crisis and the lingering social instability in some of the MENA countries may have an impact on investors’ confidence in the short term.

However, according to FPI’s investor attitudes research, there has been growing confidence in the UAE’s investment market over the past 18 months. “This has been driven to some extent by investors from the less stable countries in the region choosing to relocate their business and their investments to the UAE,” stated FPI’s Waterfield.

“My only words of caution would be that investors should keep a watchful eye on the global economy and the local investment markets to ensure their investments are performing appropriately,” he added.